Iran Daily: Foreign Investment Tumbles Again, Down More than 80% Since 2017 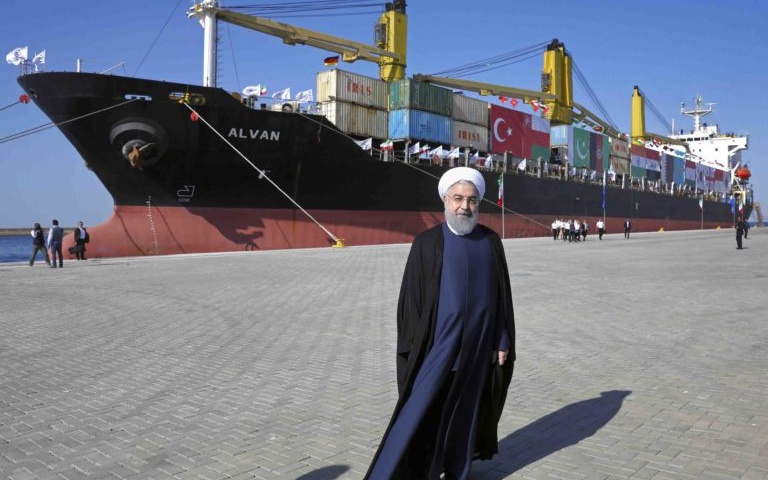 President Hassan Rouhani at the opening of the flagship Chabahar port in southern Iran, December 2017

Foreign direct investment to Iran has sunk another 23% in the past year, adding to the country’s economic problems.

The semi-official Iranian Students News Agency reported Sunday that FDI fell to $854 million for the Iranian year that ended March 20, compared to $1.102 billion from March 2018 to March 2019.

After the 2015 nuclear deal with the 5+1 Powers (US, UK, France, Germany, China, and Russia), Iran’s foreign investment recovered to $5 billion in the 2017 calendar year.

However, investment fell to $3.5 billion in the 2018 calendar year, and then collapsed amid comprehensive US sanctions imposed in November 2018 after the Trump Administration withdrew from the nuclear deal in May.

The UAE is now the leading provider of FDI, with about 30% of Iran’s total.

Amid the sanctions, Tehran’s oil exports have fallen between 80% and 95% since April 2018, putting pressure on a Government budget which depends on the sales for about 1/3 of revenues. The difficulty has been compounded by a historic fall in oil prices this spring.

Long-term problems are hindering production, employment, trade, and currency. Coronavirus has accentuated the difficulties, with the International Monetary Fund projecting that Iran’s GDP, which fell by 7.6% in 2019, will contract by another 11% this year.

Exports to Iran’s largest customer, China, are down by 53%. Oil sales to Beijing are at a historic low.