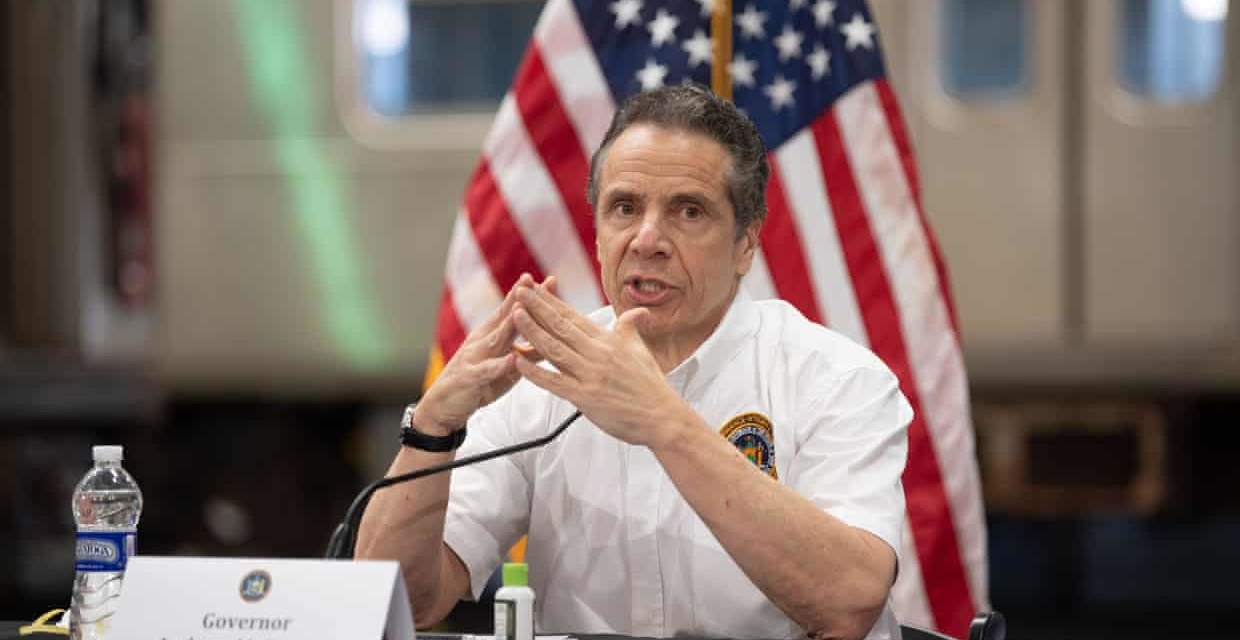 In a “Town Hall” on the pro-Trump outlet Fox TV on Sunday night, Trump — who maintained through January and February that deaths would be “close to zero” — said the toll could reach 90,000. But his priority was to complain that the media had treated him “worse than Abraham Lincoln”.

Trump repeated his declaration, in defiance of medical advisors, the US would soon “re-open”.

But Dr. Deborah Birx, the White House Coronavirus coordinator, carefully rebuked Trump on Sunday. She criticized the illegal protests which he has encouraged, saying that the disregard of social distancing would lead to more cases and deaths.

In a statement, Cuomo’s office summarized:

While the states will continue to partner with the federal government during this global and national public health crisis, they will also work together to identify the entire region’s needs for these products, aggregate demand among the states, reduce costs, and stabilize the supply chain.

The states will also coordinate policies regarding the inventory of PPE [personal protective equipment] as each state’s health care infrastructure should have to be prepared for a possible second wave of COVID-19.

Cuomo explained that, with the Trump Administration doing little to organize distribution of supplies:

The COVID-19 pandemic created a mad scramble for medical equipment across the entire nation. There was competition among states, private entities and the federal government, and we were driving up the prices of these critical resources. As a state and as a nation we can’t go through that again.

He reinforced in his daily briefing:

Let’s stop doing business with vendors we found to be irresponsible and we found out the hard way.

I can’t tell you how many orders we placed with vendors who are acting basically as brokers, who just started businesses in the middle of this pandemic because they saw an opportunit. So let’s compare notes among the states to find out who is good to do business with.

“The overall direction is good even though it’s very painful,” he said.

Cuomo has been widely praised for his handling of the crisis, bringing insults from Trump. The governor said in Sunday’s briefing: