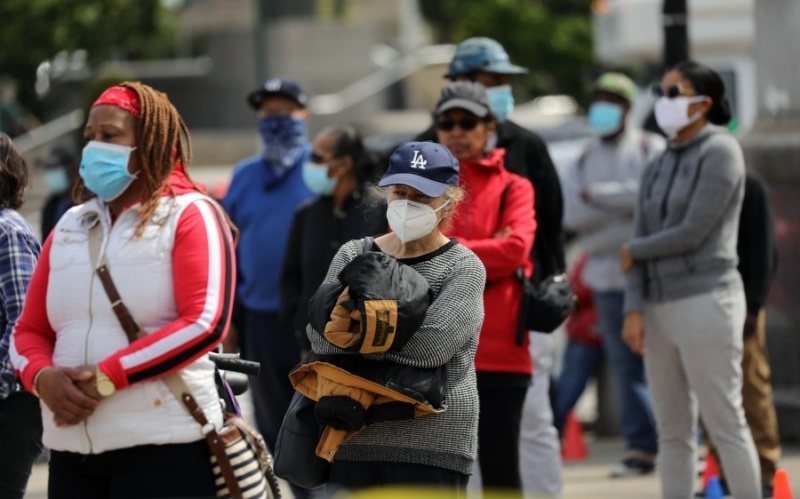 Government and university models project a sharp rise in Coronavirus deaths in the US, even as the Trump Administration proclaims a “great success story” and Donald Trump supports illegal protests to lift State stay-at-home orders.

Modelling for the Federal Emergency Management Agency projects that the daily death toll will reach about 3,000 on June 1, with 200,000 new cases.

The model of the Institute for Health Metrics and Evaluation at the University of Washington, also used by the White House, is now estimating almost 135,000 deaths at the beginning of August. On April 17, its projection was 60,000 fatalities.

The increase in deaths has peaked in the initial epicenters of the outbreak, such as Washington State and New York State. Firm action by Governors in the hardest-hit states, from New York to Michigan to Illinois, have reduced “hot spots”.

However, other hot spots are developing around the US, including in areas where Republican governors have begun lifting social distancing restrictions.

“There remains a large number of counties whose burden continues to grow,” the Centers for Disease Control and Prevention warned.

The Washington institute summarized, “Rising mobility in most US states as well as the easing of social distancing measures expected in 31 states by May 11, indicate that growing contacts among people will promote transmission of the coronavirus.”

White House models in early April were for about 60,000 deaths by August if stay-at-home orders and social distancing was maintained. With the lifting of the orders, up to 300,000 deaths were projected.

Those models, pressed by advisors Dr. Deborah Birx and Dr. Anthony Fauci, pulled Trump back from his pledge to “re-open” the US by Easter, April 12.

However, with his subsequent target of May 1 also passing, Trump has stayed up his pressure on Governors. He renewed his support of illegal, armed protests last week. On Sunday night, he was interviewed by pro-Trump Fox TV in a “Town Hall” under the label of “Returning to Work”, even as Trump — who said in February that the toll would be “close to zero” — acknowledged the possibility of up to 100,000 deaths.

Last week Trump’s son-in-law Jared Kushner told Fox TV, “The federal government rose to the challenge and this is a great success story….I think you will see by June, a lot of the country should be back to normal, and the hope is that by July the country is really rocking again.”

On Monday, with the models portraying a far different spring and summer, the White House backed away from its own experts.

Spokesman Judd Deere said, “This data is not reflective of any of the modeling done by the [Coronavirus] task force or data that the task force has analyzed.”