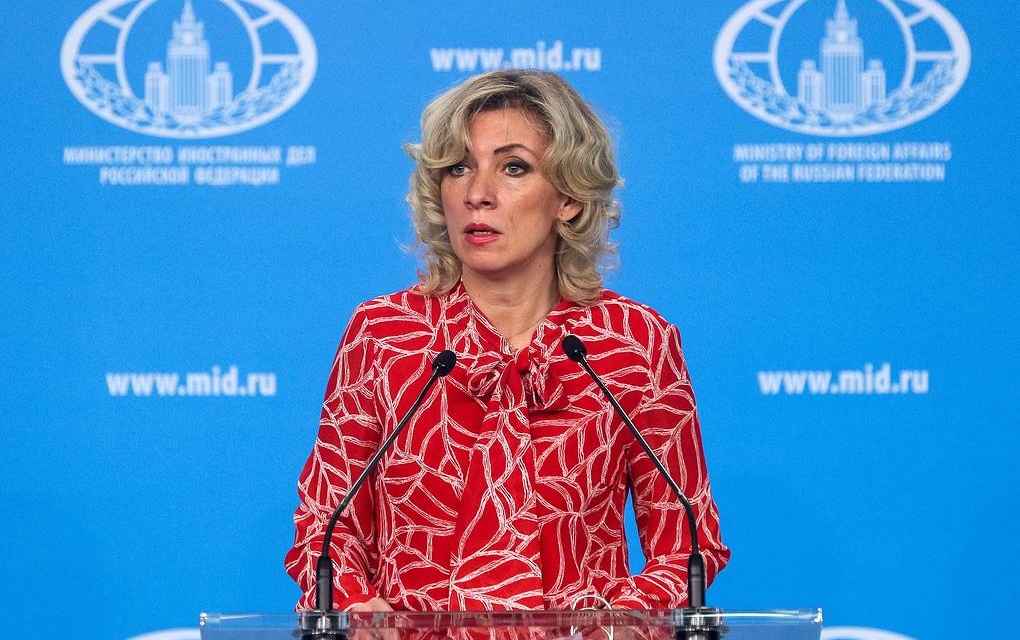 Foreign Ministry spokeswoman Maria Zakharova issued the unsupported assertion on Thursday, “We receive reports of explosive Coronavirus infection spread among the US servicemen and of these facts being kept mum on.”

American There have been no reports of the virus affecting any of about 1,000 US personnel in Syria.

The large majority of cases among the US military have been in the US navy, with 1,298 personnel infected.

Most of those have been among the crew of the aircraft carrier USS Theodore Roosevelt, which docked in Guam on March 27 due to the outbreak among its sailors. Of about 4,800 personnel, 777 have tested positive. Six are hospitalized, and one died on April 13.

Fourteen other ships, all in port, have had confirmed cases.

The Assad regime has announced 42 cases of Coronavirus, with three deaths, in areas which it controls. Medical personnel, analysts, and residents believe the actual toll is far higher.

Moscow: US Troops Out of Syria

Russia is pursuing a long-running campaign for the withdrawal of all US troops from Syria.

The departure would leave the Kurdish-led Syrian Democratic Forces, who control much of northeast Syria, vulnerable to pressure and attack from both pro-Assad and Turkish forces.

Created by the US in autumn 2015, the SDF pursued a campaign to remove the Islamic State from the Kurdish cantons of Kobani and Cezire. The last ISIS-held village, near the Iraq border, was captured in March 2019.

Zakharova declared that the spread of Coronavirus among prisons and refugee camps could turn into a “true catastrophe, making already difficult living conditions there unbearable”.

There has been only one death from the virus so far. Kurdish authorities complained that they were not told by the Assad regime until April 16, two weeks after the 53-year-old man passed away in Qami shli National Hospital.

Medical staff in the northeast must send Coronavirus tests to a central lab in Damascus for processing. The co-chair of the Syrian administration’s health board has warned that stocks of ventilators and personal protective equipment are inadequate.

The [US] aid is truly strange. According to reports, the Americans have handed over to the Kurds not only medical materials for disinfection, but also means of prison riots suppression, which, you would agree, hardly qualify as humanitarian aid.

Donald Trump has twice ordered the withdrawal of all US troops from Syria, once as the Turkish military carried out cross-border operations in October 2019 to take a corridor across the two Kurdish cantons in the northeast.

However, the Pentagon has pushed back to ensure that the 1,000 US personnel remain, about half alongside the SDF and half at the Tanf base near the Iraq border.

Zakharova also reinforced the blame of the Americans for the 19-month siege threatening about 1,300 displaced Syrians in the Rukban camp in the southeast of the country.

“Washington bears full responsibility for the civilian population and provision for their humanitarian needs on territories under its control east of the Euphrates and in the south near al-Tanf, where the notorious Rukban camp for the internally displaced people is located,” she proclaimed.

The Assad regime cut off the main route into the barren area in September 2018, and has only allowed three deliveries of UN aid since January 2018.

Amid the threat of starvation and death from poor medical care, the camp’s population has fallen from more than 50,000.

However, the remaining civilians are resisting forced transfer to Homs Province, fearing detention, forced conscription, and intimidation by the regime. Hundreds of men who have left Rukban have disappeared from Homs shelters for interrogation and detention.

Rukban is within a 55-km security zone around the US base at Tanf. However, the Americans have refused to provide assistance out of concern that this will antagonize the Russians.