Iran Daily: Coronavirus — Rouhani Says Social Distancing “Must Be Observed By All” 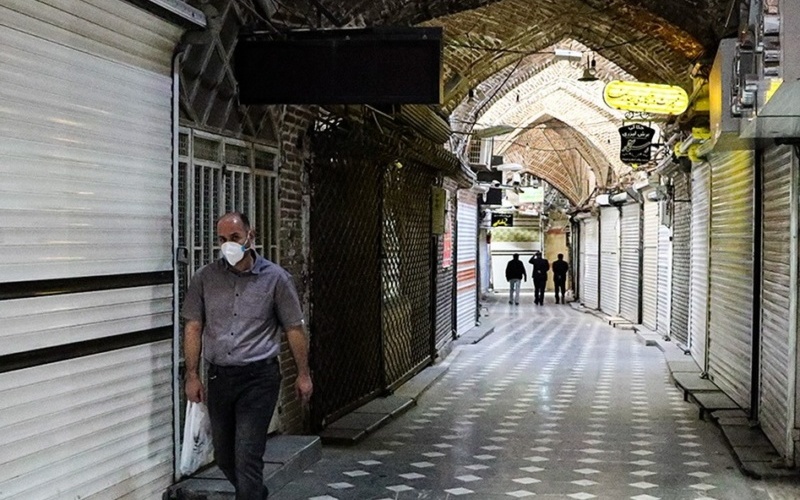 After 10 days of slight decreases, the official counts of both deaths and cases rose today. There are now 68,192 confirmed cases, an increase of 1,972 from Thursday.

But recognizing the ongoing scale of the crisis, Rouhani pushed back the resumption of “low-risk” business by a week to April 18.

The President issued the directives in a conversation with Health Minister Saeed Namaki on Thursday.

Rouhani said there must be more coherent coordination between the Health and Interior Ministries for the “Smart Social Distancing Programme”: “All health protocols must be fully and precisely implemented and observed in these businesses, public places and especially in public transportation.”

The Health Ministry raised the official death toll to 4,110 on Thursday, an increase of 117 in 24 hours. There are 66,220 confirmed cases, with 3,918 patients in critical condition.

While the official increase in deaths and cases have gradually decreased over the past 10 days, Rouhani is trying to balance between any resurgence and the Supreme Leader’s call for a boost in economic activity.

Repeating his mantra for the Iranian year in a televised speech on Thursday, Ayatollah Khamenei said, “The coexistence of health and the economy as a desirable model for putting the coronavirus crisis behind us with little loss…will be possible through practical dedication to the motto of ‘Surge in Production’.”

The regime has closed schools, businesses, and some shrines; suspended public events including Friday Prayers; and tried to restrict travel between cities.

However, with Iran’s economy hindered by long-term internal issues and by US sanctions, Rouhani has resisted compulsory stay-at-home orders, initially saying in late February that “foreign conspiracies” were trying to provoke them.

Authorities are reportedly facing the defiance of people refusing to adhere to guidelines, with highways still packed in Iran’s capital Tehran.

After saying last week that a “major part” of Iran’s economy must be shut down and the admission, “Coronavirus may be with us for months to come; maybe by the end of the year,” Rouhani shifted on April 4 with the declaration of “low-risk” businesses opening in a week.

The businesses include printing houses, clothes stores, and bookshops.

He linked this to “smart distancing”: “Medical protocols have to be designed in a way so that the public can be largely assured of its health and safety by adhering to them outside the house and at work.”