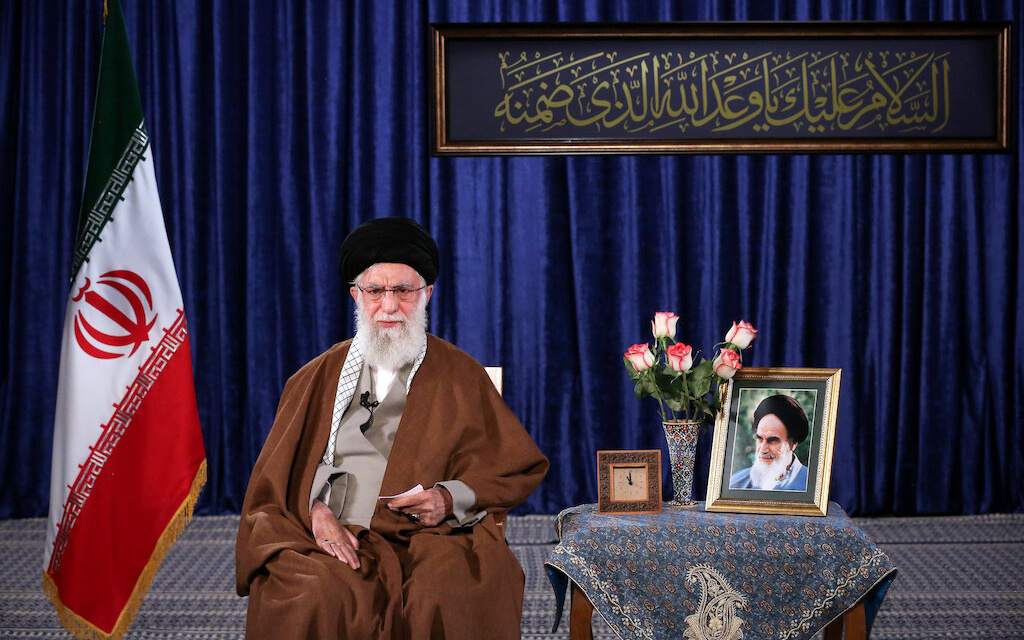 Addressing the country amid Coronavirus, Iran’s Supreme Leader has balanced the crisis with his call for a “Surge in Production”.

Ayatollah Khamenei spoke for 45 minutes late Thursday morning about the “ordeal” and “test” of the pandemic.

With Iran’s death toll from the virus set to pass 4,000, Khamenei declared, “Public order should go on and all advice should be taken seriously, with people acting accordingly.”

But his declaration failed to mask the tension between the regime’s belated measures to check the spread of the virus and pressure to lift restrictions for the sake of the troubled Iranian economy.

In a series of tweets, the Secretary of the National Security Council, Ali Shamkhani, put the priority on Khamenei’s declaration on March 20 of a “Year of a Surge of Production:

The coexistence of health and the economy as a desirable model for putting the coronavirus crisis behind us with little loss…will be possible through practical dedication to the motto of “Surge in Production”.

Shamkhani pointed to the Supreme Leader’s approval, after 11 days of deliberation, of a $1.09 billion withdrawal from the National Development as “a trustworthy road map for traveling this difficult road”.

Production “At Whatever Price”

Without explicitly calling for the lifting of the Government’s social distancing measures, Khamenei said that it is “vital” for a “leap in production…at whatever price”.

The Supreme Leader checked an immediate response to the spread of Coronavirus in February, saying that fear of the disease was a “Western plot” to depress turnout at Parliamentary elections.

By early March, he had shifted to recognition of the virus, but the Rouhani Government has continued to walk a fine line in its response.

President Hassan Rouhani has held out against lockdowns. However, schools and businesses have been closed; public events, including Friday Prayers, suspended; two-thirds of Government workers are staying at home; and attempts have been made to restrict travel between cities.

Rouhani, who had said in mid-March that Coronavirus “may ease in two to three weeks”, acknowledged at the end of the month that “the virus that has come into our society may be here a year or two”. He said a “major part” of the economy would have to be shut down.

But in another shift on April 4, the President declared that “low-risk” economic activity could resume from this Saturday. Businesses to reopen include printing houses, clothing stores, and bookshops.

The message was in sharp contrast to that of Iran’s coronavirus task force chief Alireza Zali, who said on Monday that the virus has reached a “pandemic stage” in the capital Tehran: “Not only aren’t we at a level to control the disease but it’s expanding.”

Amid long-term internal problems and US sanctions, Iran is facing difficulties with production, investment, trade, employment, and currency.

Rouhani has said that the Government will allocate 20% of its $36.6 budget to the fight against the virus. But Iran’s oil exports, which have fallen between 80% and 95% since April 2018 amid US sanctions, are the primary source of Government revenue.

Iran is also seeking a $5 billion loan from the International Monetary Fund, but with the US threatening to block the request, there has been no public response by the IMF.

A Government report in mid-March estimated that the the virus will add 5 million to Iran’s unemployed, taking the rate to more than 20%. About 2 million of those laid off are not being assisted by the Government or charities, according to the head of the Iranian Red Crescent.

The Parliamentary Research Center is estimating an 18.5% contraction in the economy, follow a fall of more than 9% in GDP in 2019.