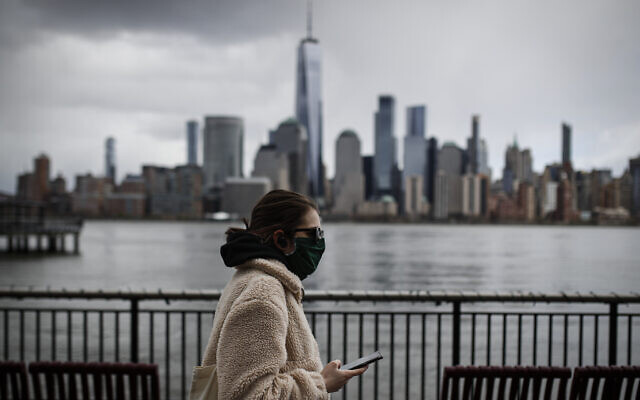 More than 4,400 US deaths from Coronavirus are recorded on Wednesday, as Donald Trump’s attempt to lift social distancing and headline-grabbing diversions are criticized by medical officials, State governors, and Wall Street.

The toll, from the tracker at the Johns Hopkins University Center for Systems Science and Engineering, reached 30,980. That was an increase from 26,507 on Tuesday.

The increase may have been fed in part because John Hopkins is now adding “probable deaths” to the count. Up to now, some deaths from Coronavirus outside hospitals have not been part of the US toll, the highest in the world.

Defying White House medical and public health advisors, Trump pressed ahead with his May 1 deadline to “re-open” the US, seeking to remove stay-at-home orders in almost all US states and Administration guidelines from March 16.

Having failed on Monday to claim “total power” over States and cut US funding to the World Health Organization on Tuesday, Trump’s distractions on Wednesday included:

*Declaring an “Opening Our Country Council” with executives and “thought leaders” from industry, hospitality, entertainment, banking, and energy.

Members include Dana White, President of the Ultimate Fighting Championship. Also on the council is Vince McMahon of World Wrestling Entertainment, where Trump was a featured performer in 2007-2008.

*Attacking the World Trade Organization as well as the WHO

But Trump’s efforts faced the ongoing reality of inadequate Coronavirus testing, which medical experts and governors say is necessary for any lifting of stay-at-home orders.

Trump maintained at the White House briefing that the US has “the most expansive testing system anywhere in the world”. He said that 29 states “are in good shape” to reopen before May 1.

But the White House’s top infectious disease expert, Dr. Anthony Fauci, that adequate testing was not yet in place: “We have to have something in place that is efficient and that we can rely on, and we’re not there yet.”

Robert Redfield, the head of the Centers for Disease Control and Prevention, echoed, “This is going to be fundamental to maintain and contain cases as they occur. And then make sure we have the health capacity to deal with this.”

Governor Andrew Cuomo of New York, with 45% of US deaths, said on Wednesday:

The more testing, the more open the economy. But there’s not enough national capacity to do this. We can’t do it yet. That is the unvarnished truth.

Senate Democrats released a $30 billion plan for “fast, free testing in every community”.

At the start of the outbreak, the Administration rejected a World Health Organization test. An alternative from the Centers for Disease Control and Prevention failed, and the Food and Drug Administration did not accelerate approval for commercial labs to make tests widely available.

An average of 145,000 people have been tested daily over the past week, with a total of 3.1 million.

However, the rate of testing has dipped as the system reached current capacity.

“We’re at a really critical juncture and the supply chain has not yet caught up,” Scott Becker, chief executive of the Association of Public Health Laboratories, said on Wednesday.

Trump’s initiative on Wednesday morning fell apart as some CEOs and financiers, notified only on Tuesday night, skipped the call to report earnings. Others were unable to patch into the call.

One top executive said Trump’s statement was a “shit show” that produced little of substance. Trump asked how the small business loan program was proceeding, apparently unaware that it will soon run out of funds.

When several participants asked for more testing, the call soon ended. A CEO berated Trump and the Administration:

I really don’t understand how they are communicating on this. He’s got to stop talking about turning the economy back on and start talking about making people feel safe, things that are happening around testing and the health care system. That’s the only way you will really get the economy reopened over a period of time.

Goldman Sachs chief executive David Solomon, who was not on the call because of the hasty scheduling, instead sent out his message through his report on earing: “Unless people feel safe and secure and confident around the virus, the economic impact will continue in some way, shape or form.”