Iran Daily: Supreme Leader Proclaims US May Have Created Coronavirus 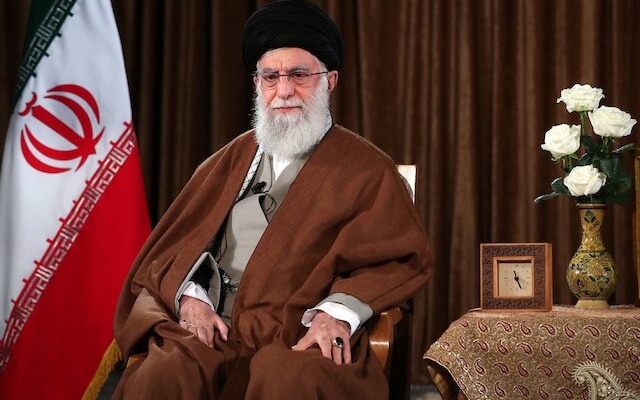 Meanwhile, President Hassan Rouhani — who on Friday had asked Americans to press for easing of sanctions — has followed the Supreme Leader and denounced any help from the US.

#Iran's president: Americans' saying they are ready to help Iran through the hardships of #CoronaVirus is one of the great lies of history, as if as somebody has blocked the source of water & the spring, but offers you a glass of muddy water.#COVIDー19 pic.twitter.com/pimpMorflQ

Rejecting any American assistance, Iran’s Supreme Leader has repeated that the US may have created Coronavirus.

With Iran’s official toll at 1,685 deaths and 21,638 cases — but with sources inside the Islamic Republic saying the actual number is far higher — Ayatollah Khamenei issued a televised statement on Sunday.

The US government has declared a few times that they are ready to help Iran with medicines to fight the Coronavirus outbreak. That’s strange. Firstly, based on the words of your own officials, you face shortages in the US. So use what you have for your own patients.

Second, you’re accused of having created Coronavirus. I don’t know how true it is. But when there’s such an allegation, can a wise man trust you? You could be giving medicines that spread the virus or cause it to remain. Experience shows you can’t be trusted and you do such things.

On Friday, President Hassan Rouhani appealed to the American people to challenge the Trump Administration’s policy: “In the name of justice and humanity, I address your conscience and Godly souls, and call upon you to make your Administration and Congress see that the path of sanctions and pressure has never been successful and will never be so in the future.”

The Trump Administration, which imposed comprehensive sanctions on Iran in November 2018 after withdrawing from the 2015 nuclear deal, has said that medicines are exempted from the restrictions.

But Iranian authorities say medical supplies are affected, and the Administration imposed additional sanctions last week after attacks on US troops by Iranian-backed Iraqi militias.

In his Sunday statement, Khamenei continued the shift away from his initial denial of the seriousness Coronavirus.

Everyone should observe the guidelines of the National Committee for Combating Corona, God willing. Even religious gatherings have been cancelled in Iran, which is unprecedented in our history. But it’s unavoidable. May God remove this disease from all the people of the world.

On February 23, the Supreme Leader declared that fear of the virus was a “Western plot” to depress turnout in the Parliamentary elections two days earlier. It was only in early March, as leading Iranian officials were among the victims of the virus, that Khamenei began to acknowledge the gravity of the situation.

Documents from Iranian agencies indicate that they were instructed not to act against the virus until after the February 21 elections.

While now admitting the crisis, the Supreme Leader has focused on blame of the US and the “West”, portraying the virus as part of “biological warfare”.

And the regime’s mixed messaging continues. Rouhani insisted on Saturday, despite the surge in deaths and cases, that the situation may ease in “two to three weeks”.