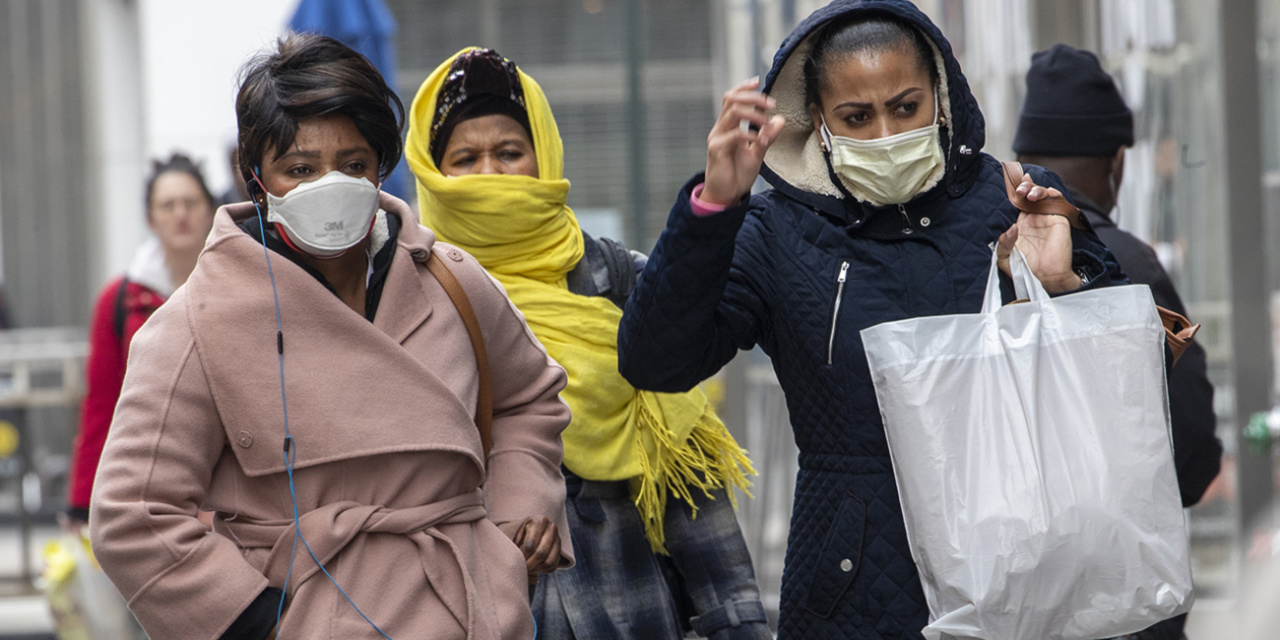 A series of governors, officials, and medical staff issued the pleas on Sunday for masks, eye protection, and ventilators. California hospitals were instructed to restrict testing. A hospital in Washington State warned it could run out of the life-preserving ventilators by early next month, as the state’s Department of Health said only the highest-priority areas will have access to protective equipment.

See also EA on Monocle 24 and talkRADIO: A Coronavirus Journey Through Trump-Land

White House officials tried to assure in a Saturday briefing that supplies are being ramped up. Vice President Mike Pence spoke of “hundreds of millions” of the N95 masks.

But Pence and Pete Gaynor, the Administrator of the Federal Emergency Management Agency, could not say when the masks and other supplies would be delivered.

Donald Trump refused to carry out a federal act to compel manufacturers to make and supply the necessities. He declared that private companies were already doing so.

But Trump undermined his position with further falsehoods, such as the claim that the garment manufacturer Hanes was making the N95 masks, and the declaration that masks might be sanitized and reused.

However, he balked at using the authority under the Defense Production Act to mobilize industry, using an unusual analogy: “Call a person over in Venezuela. Ask them, how did nationalization of their businesses work out? Not too well. The concept of nationalizing our businesses is not a good concept.”

FEMA Administrator Gaynor claimed Trump was using the threat of the Act as “leverage to demonstrate that we can”.

White House economic advisor Peter Navarro insisted, “We’re getting what we need without putting the heavy hand of government down.”

Senators are continuing to discuss a $1.8 trillion economic plan and its balance between support of corporations and businesses, direct payments to Americans, and protection of workers.

Senate Majority Leader Mitch McConnell failed to pass a cloture motion on Sunday night to move the package to a final vote.

The party-line vote was 47-47. Sixty votes were needed to close debate.

Republican Rand Paul was absent after announcing earlier in the day that he tested positive for Coronavirus. Other Republican senators were in self-quarantine, having been alongside Paul at a Wednesday lunch.

The plan creates a $500 billion program for businesses, states, and local communities. It designates $350 billion for small businesses to check closures and layoffs, and provides direct payments of $1,200 to most American adults and $500 to children. There is support for hospitals and the unemployment insurance system.

Democrat senators expressed concern that Majority Leader McConnell was tilting the bill too far in favor of corporations. They claimed a lack of oversight for the $500 billion in loans and guarantees, provided to firms selected by the Treasury Department.

“They’re throwing caution to the wind for average workers and people on Main Street and going balls to the wall for people on Wall Street,” said Joe Manchin of West Virginia.

Republican senators said the Democrat insistence on further discussion of details was “irresponsible and unwise”.

But Senate Minority Leader Chuck Schumer reassured after the vote that the measure was still on course to adoption: “We’re closer than we’ve been at any time over the past 48 hours to an agreement.”

Treasury Secretary Steven Mnuchin echoed, after a late-night meeting with Schumer, “I think we’re very close. The teams are going to work through the night. We’re going to regroup the principals in the morning.”