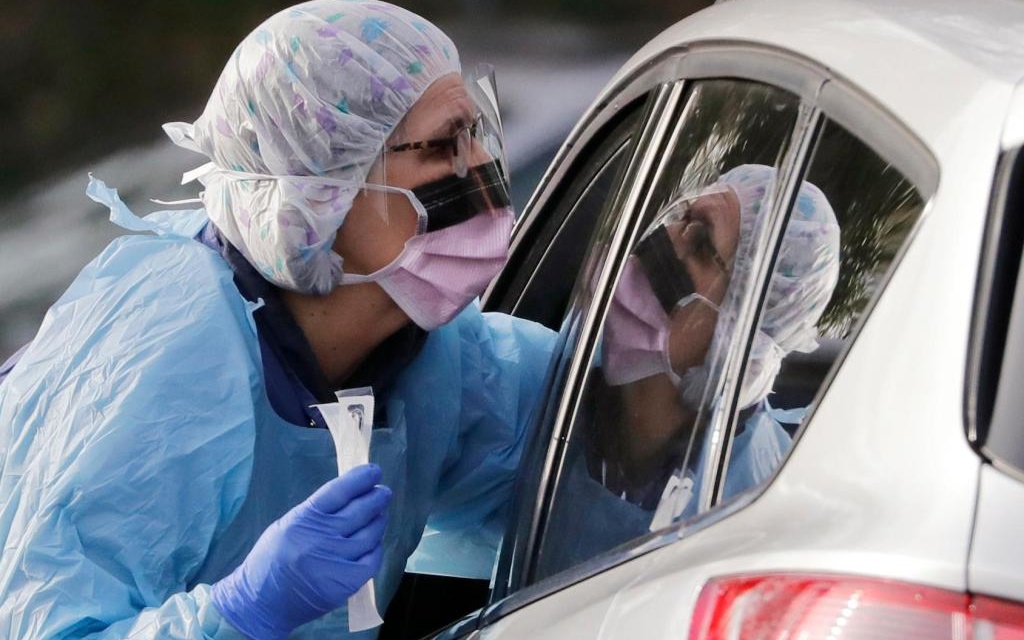 At Saturday’s White House briefing, Vice President Mike Pence tried to reassure overwhelmed hospitals that the Federal Government has placed orders for “hundred of millions” of protective masks for medical workers. Pete Gaynor, the Administrator of the Federal Emergency Management Agency, proclaimed a “fully integrated” effort “to respond to this dynamic threat”.

But neither Gaynor nor Pence could say when the mass supply of masks would reach hospitals, and Gaynor tipped off the reality that State and local operations could not rely on the Federal Government for an immediate solution.

Remember, you can still order supplies from your regular vendors and buy it on the open market. Buy it where you can find it. We will reimburse you. If you buy medical supplies from foreign sources, it is reimbursable.

See also EA on talkRADIO: A Coronavirus Journey Through Trump-Land

Despite the gravity of the situation, Trump refused to use the Federal Government’s power to compel the production of the masks, ventilators, and other vital supplies.

There it is. Trump admits he has NOT used the Defense Production Act to get companies to produce the amount of protective equipment American health workers desperately need.

This is a complete failure of leadership. Period .#coronavirus #GetMePPE pic.twitter.com/10KiOxR43U

More than 21,000 cases of the coronavirus have been confirmed in the US, with more than 250 deaths. The toll is rising sharply on a daily basis, despite State and local measures for social distancing.

Belying the attempted assurances of the White House briefing, the deputy head of Health and Human Services said Saturday that officials are updating formal guidance on how hospitals should respond if supplies run out.

Brett Giroir said he hoped that the day of exhaustion would never arrive, but that the Government needed to be ready.

“Seven people inside and outside the administration with knowledge of the discussions” said White House officials have solicited advice from emergency physicians, Washington State officials, and others about health care staff working without masks, eye shields and ventilators.

William Jaquis, president of the American College of Emergency Physicians, said he had been consulted.

“In terms of options, there aren’t good ones,” he told the Administration.

NY has a critical need for Personal Protective Equipment (PPE) including gloves, gowns and masks — as well as ventilators.

If you have or can make any of these supplies, New York is buying. Please email COVID19supplies@esd.ny.gov.

A Health and Human Services official noted, “We’re facing a pandemic and the governor has to basically turn to eBay [for supplies].”

Trump brushed aside the concern, “If California can get a mask sooner than we can get it for them, through all of the things we’re able to do, we’ll end up with a big over-supply. At some point this is going away.”

Reinforcing his refusal to compel mask production, he said companies like Hanes were already retooling to provide millions. But Hanes soon said that, while making up to 6 million masks, they were not the highly-protective N95 version needed for medical workers.

Trump tried to minimize the shortage of masks by asking why medical staff had to dispose of them after use, saying they could sterilised and re-used. Without directly contradicting Trump, the Administation’s infection diseases specialist Dr. Anthony Fauci pushed aside the possibility.

Trump also continued his declaration that an unproven drug, initially designed to fight malaria, can be used to limit the effect of Coronavirus.

He said on Thursday that hydroxychloroquine had been approved by the Food and Drug Administration as a treatment. The FDA immediately rebuffed the assertion, saying the drug was only in preliminary trials.

But Trump has persisted with his portrayal of a wonder drug, using Twitter to urge Americans to use it.

….be put in use IMMEDIATELY. PEOPLE ARE DYING, MOVE FAST, and GOD BLESS EVERYONE! @US_FDA @SteveFDA @CDCgov @DHSgov

Medical experts noted the possible consequences, including shortages of the drug for its intended role of battling malaria.

As on Friday — when he responded to a reporter’s enquiry about reassuring scared Americans with the reply of “nasty question” from an “awful journalist”, Trump closed the briefing by bashing the media’s attempts to highlight the scale of the crisis.

For the second day in a row, he was set up by a planted question from the “One America News Network”, this time about The Washington Post’s detailed account of Trump ignoring US intelligence reports in January and February.

It’s such a nice question….It’s so insulting when they write phony stories that they know are fake news because they’re not insulting me, they’re insulting everybody.