EA on Monocle 24 and BBC: Trump’s Damaged State of the Union; The Democrats in Iowa 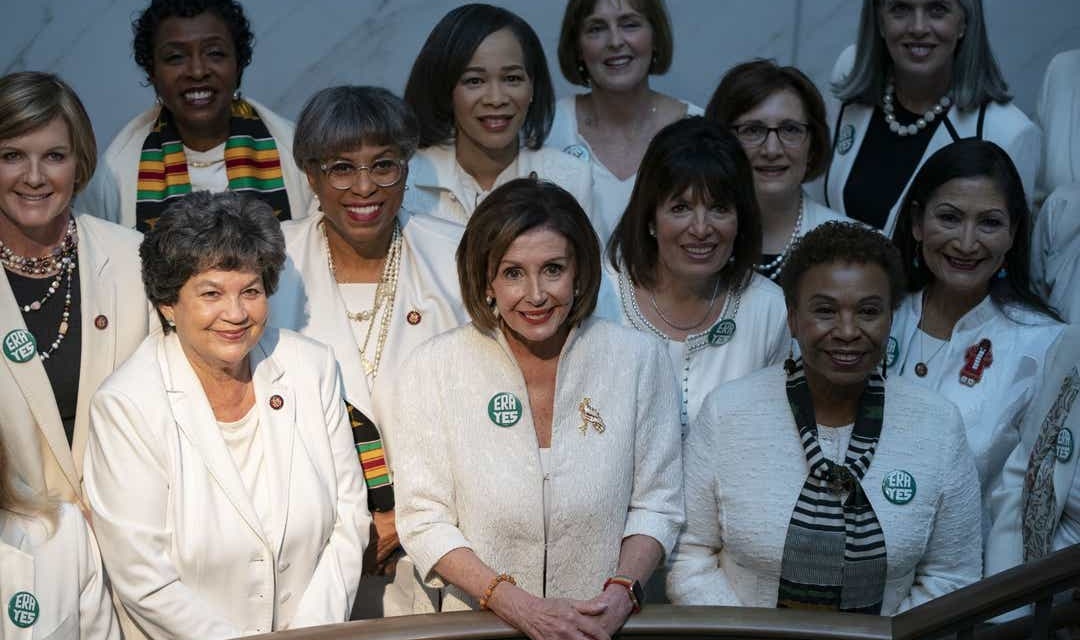 Members of the Democratic Women’s Caucus, wearing white in honor of suffragettes, before the State of the Union address, US Capitol, February 4, 2020 (Alex Edelman/Getty)

Further thoughts with BBC Radio London’s Petrie Hosken on Wednesday morning, including the marker of Trump giving the Presidential Medal of Freedom to Rush Limbaugh, “one of the most divisive figures in his whipping up of hatred through his radio show of the past 30 years.

There are also the listing of lies in Trump’s assertions about the economy, but they “don’t matter if Americans feel they are better off in November”.

I’m not sure the country can take another four years….Trump has fed off the division. So how big is his supposed base?

I joined Monocle 24’s Emma Nelson and BBC outlets on Wednesday to analyze two headline stories in US politics: Donald Trump’s divisive and damaging State of the Union speech, and the still-developing outcome of the Democratic Presidential caucuses in Iowa.

I make a plea for the media, “Don’t Buy the Hype”, including Trump’s confrontation with House Speaker Nancy Pelosi.

Instead, we focus on facts to expose the pile of lies and deceptions — including about the US economy — under the spectacle.

Then it’s an assessment of who’s up, who’s down, and who’s still around in a wide-open Democratic race heading to New Hampshire next Tuesday.

EA on Monocle 24 and BBC: Trump’s Damaged State of the Union; The Democrats in Iowa

If Trump can’t rely on the liferaft of the economy, the second tactic — as we saw in the State of the Union last night — is to whip up more division and hatred, to say that “socialism” and the “radical left” are taking over America, to say that America is under attack from within.

That 2016 playbook, that one which served Trump so well — that’s what scares me.