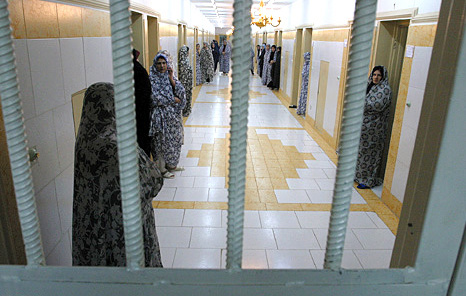 Three more journalists have been convicted in Iran over their reporting of the country’s political and economic situation.

The editors-in-chief of the semi-official Iranian Students News Agency, the Bultannews news website, and the energy news website NeftEMA guilty of the charges, according to the official judicial news agency, Mizan.

“If the Iranian government has a credible case against the editors… they should try them openly and publicly,” said Sherif Mansour, CPJ’s Middle East and North Africa program coordinator. “Closed-door trials of journalists cannot be considered fair or impartial.”

Neither the court nor Iranian media released the names of the convicted, details of the case, or potential sentences. Nor is it clear if the editors are free on bail.

Ahmad Momenirad, the Media Court spokesman, said the ISNA and Bultannews editors were eligible to be spared from sentencing but gave no explanation.

ISNA said the case is related to a complaint filed by a subsidiary of the Oil Ministry against NeftEMA, accusing its editor-in-chief of “spreading misinformation, defamation, and insult”.

Iran is second in the world, on a per capita basis, for detaining of journalists. Hundreds have been held at some point, some on lengthy sentences, since the 2009 mass protests over the disputed Presidential election.

More than a dozen journalists have been seized since large, nationwide protests over economic conditions in mid-November.