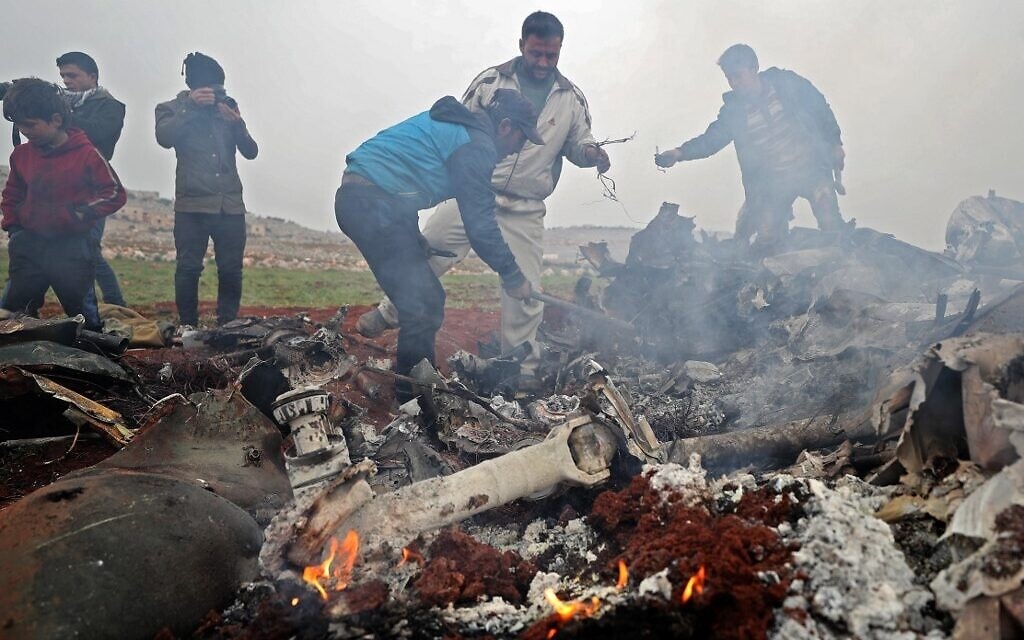 Rebels have downed a second regime helicopter in four days, as residents protested the Russian-regime assault on northwest Syria.

In a sign of the fightback against the 9 1/2-month offensive, anti-Assad fighters downed the heiicopter with an anti-aircraft missile near Darat Azza in western Aleppo Province, amid an anti-Assad ground assault.

Rebels claimed that they took several villages along the frontline.

A regime military official, acknowledged, “One of our military helicopters was hit by an enemy missile in the western countryside of Aleppo…where armed terrorist organizations supported by Turkey are deployed, and this led to the fall of the helicopter and death of its crew.”

On Tuesday, the Turkish-backed Syrian National Army shot down a helicopter near Tafatanaz, northeast of Idlib city.

The downings testified to an escalation of Turkish support through weapons, notably anti-aircraft missiles. However, despite the warnings of President Recep Tayyip Erdoğan and his demand for regime withdrawal from Idlib Province, Ankara has held back from an overt presence on the frontline in Idlib and Aleppo.