Syria Daily: Turkey Deploys Troops in Idlib — But Does It Matter? 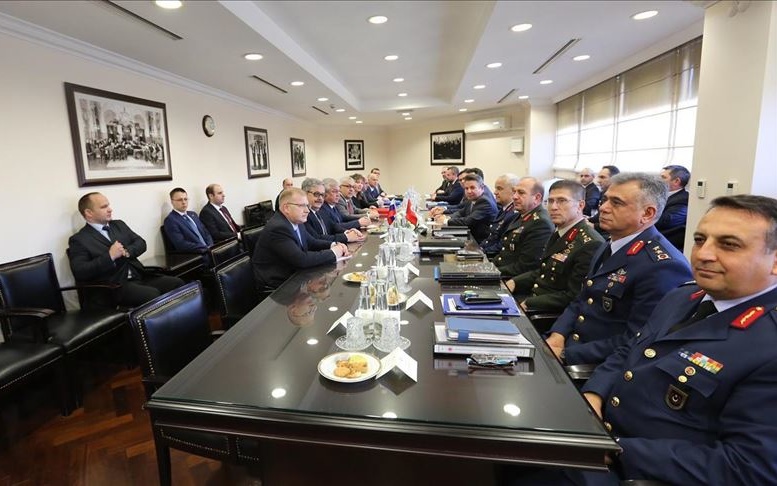 Turkey has deployed more troops to observation posts in northwest Syria, but there is no sign yet that they will halt a Russian-regime offensive that has displaced more than 800,000 civilians.

Turkish officials said Saturday that a battalion has been dispatched to each of the 12 observation posts around Idlib and northern Hama Provinces. More than 500 vehicles have been moved to the Syrian border.

But the posts have been ineffectual as Russia broke its September agreement with Turkey for a “de-escalation zone”. The Russia-regime air and ground assault, launched last April, has seized almost all of northern Hama and part of southern Idlib.

During the advance, some of the Turkish observation posts were surrounded and occasionally shelled by pro-Assad forces, injuring several of Ankara’s troops.

In November, the offensive was renewed, ending Russian President Vladimir Putin’s “pause” in operations. Another 450,000 civilians were deployed, and the casualty total rose to more than 1,500 killed and thousands wounded.

Last week the offensive occupied the key town of Saraqeb, at the junction of the Damascus-Aleppo M5 highway and the M4 highway across Idlib.

Holed Up in the Posts?

In the past two weeks, Turkish President Recep Tayyip Erdoğan has stepped up his rhetoric, finally criticizing Russia by name and demanding the withdrawal of regime forces from Idlib Province.

But amid talks with Russian officials in Ankara on Saturday, Turkish security official emphasized that the deployments were only to reinforce the observation posts.

While Turkey has covertly provided weapons and ammunition to anti-Assad fighters, according to well-placed EA sources, there has been no Turkish presence on the frontline to check the Russian-regime offensive.

Turkish media say little about the discussions with the Russians. Daily Saban, close to the Erdoğan Government, has almost a brief mention. Hurriyet has not updated its story, “Russian Delegation to Visit Turkey“.

State news agency Anadolu says the three-hour meeting “stressed the need to ensure peace on the ground and discussed steps to boost [the] political process”.

The site gives no indication of specific steps. Instead, it reports, “The parties decided to resume the talks in the upcoming weeks.”