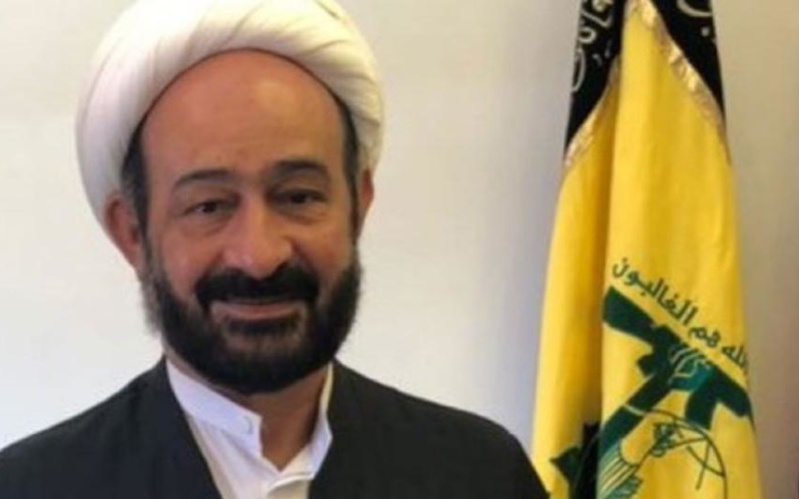 Sheikh Mohammad al-Kawtharani, the Hezbollah representative in Iraq and a key figure in Iran campaign to maintain influence

Iran’s political and military operatives are regrouping in Iraq after the US assassination of Maj. Gen. Qassem Soleimani, the commander of the Quds Force of the Revolutionary Guards.

Tehran is seeking to maintain political and military influence amid months of mass protests in Iraq, a change in Baghdad’s government, ongoing economic and social problems and divisions, and the January 3 killing of Soleimani in a US drone attack outside Baghdad International Airport.

Soleimani was not only the most prominent Iranian military commander in Iraq, facing the US after the 2003 war against Saddam Hussein and leading the pushback against the Islamic State’s seizure of 1/3 of the country in 2014.

He has been replaced by Maj. Gen. Esmail Qa’ani, his deputy for 20 years. Qa’ani is seen as a skilled military bureaucrat but without the charisma and political skills and profile of Soleimani.

Abu Mahdi al-Muhandis, the leader of the Iranian-backed Kata’ib Hezbollah militia, was killed along Soleimani. Kata’ib Hezbollah had fired rockets on an Iraqi base on December 27, killing an American contractor, wounding four US troops, and setting off a chain of events leading to the assassination.

Matthew Levitt, a specialist on Hezbollah, points to a new Quds Force command group linking the Islamic Republic, Iraq, and Lebanon. He notes that the new deputy commander, Gen. Mohammad Hussein-Zada Hejazi, was the commander of the Quds Force’s Lebanon Corps.

In a sign of the political support, centered on Soleimani’s image, Iranian President Hassan Rouhani repeatedly spoke of the late commander in his Tuesday address on the 41st anniversary of the Islamic Revolution.

Can Hezbollah and Quds Force Succeed?

Two “sources in a pro-Iran regional alliance” said that Hezbollah’s work with Iraqi militias is to ensure a developing relationship while the new Quds Force leadership establishes itself. Two Iraqi sources confirmed the Hezbollah-militia meetings, with one saying they were in Beirut and another saying that the location was Lebanon or Iran.

Sheikh Mohammad al-Kawtharani, the Hezbollah representative in Iraq who worked closely with Soleimani, hosted the meetings.

The Iraqi sources said Kawtharani’s continued Soleimani’s challente to the groups for a unified plan to contain the mass protests against the government and associated militias over economic conditions, corruption, and failure to deliver public services. Some demonstrators have also criticized Iranian as well as American intervention in Iraq.

Allawi, whose political career was checked when he fell out with then-Prime Minister Nouri al-Maliki. He is seen by many Iraqis as an exemplar of the system’s corruption, but his appointment was welcomed by Iran and Tehran-backed militias.

An “Iraqi source close to the militias” said Kawtharani also met with the cleric Moqtada al-Sadr, who leads a powerful faction and was part of the previous coalition government before turning against it. In recent weeks, Sadr has broken with other protesters, claiming that they are being influenced by the US.

But the Iraqi sources noted the challenge to Hezbollah, and thus the Quds Force, in carrying out the tactics amid ongoing instability: “A lot of faction leaders see themselves as too big and important to take orders from [Tehran]. For now, because of pressure from Iran, they’re cooperating with him, but I doubt that will continue and the Iranians know that.”