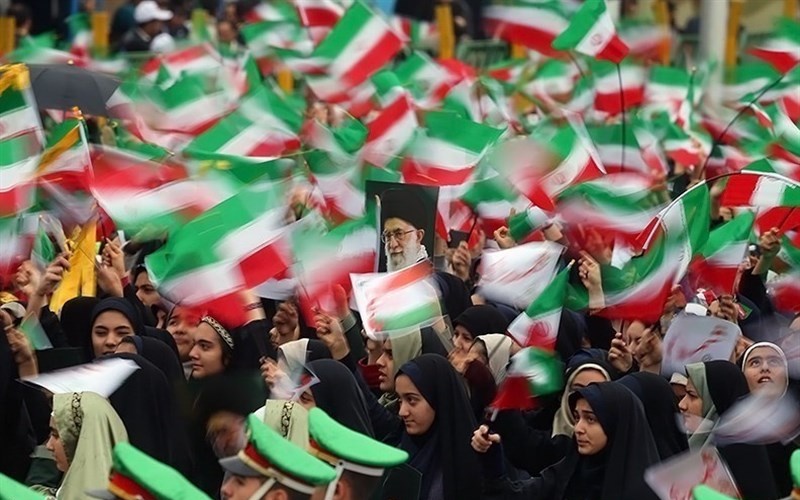 Iran’s President Hassan Rouhani has framed the ceremonies for the 41st anniversary of the Islamic Revolution as “the strongest response to the White House and oppressors, and the call of freedom of the great Iranian nation”.

Addressing the crowd in Tehran’s Azadi Square, Rouhani proclaimed that the gathering was “more immense than any other year, [which] indicates that this people attaches great weight to its freedom and independence”.

He did not refer to Iran’s economic problems, caused by long-term internal issues as well as comprehensive American sanctions. Nor did he mention mass protests across the country in November over the Government’s sharp rise in petrol prices, in which security forces killed at least 304 demonstrators, or rallies in January after the Iranian military downed a Ukraine jet with 176 passengers and crew.

He also refrained from his implicit mention in recent speeches of in-fighting within the regime, including criticism of the Government by hardliners, and of mass disqualification of candidates for the February 21 Parliamentary elections.

This year, because the United States has committed the biggest crimes against the Iranian nation — with their economic pressure, the martyrdom of our great general [Qassem Soleimani, assassinated on January 3 by a US drone strike], and violating the rights of the Palestinians — the massive gathering of people is considered a strong response to it.

He issued the curious summary about the November protests, “They thought that if they impose sanctions on our petrol, queues would be formed in petrol stations, but what happened today? Today we are exporting petrol.”

The Supreme Leader has appealed for a high turnout in the elections as a message to Iran’s “enemies”.

Iran’s State outlets issue template declarations today of “millions of Iranians from all walks of life [who] have thronged the streets across the country”.