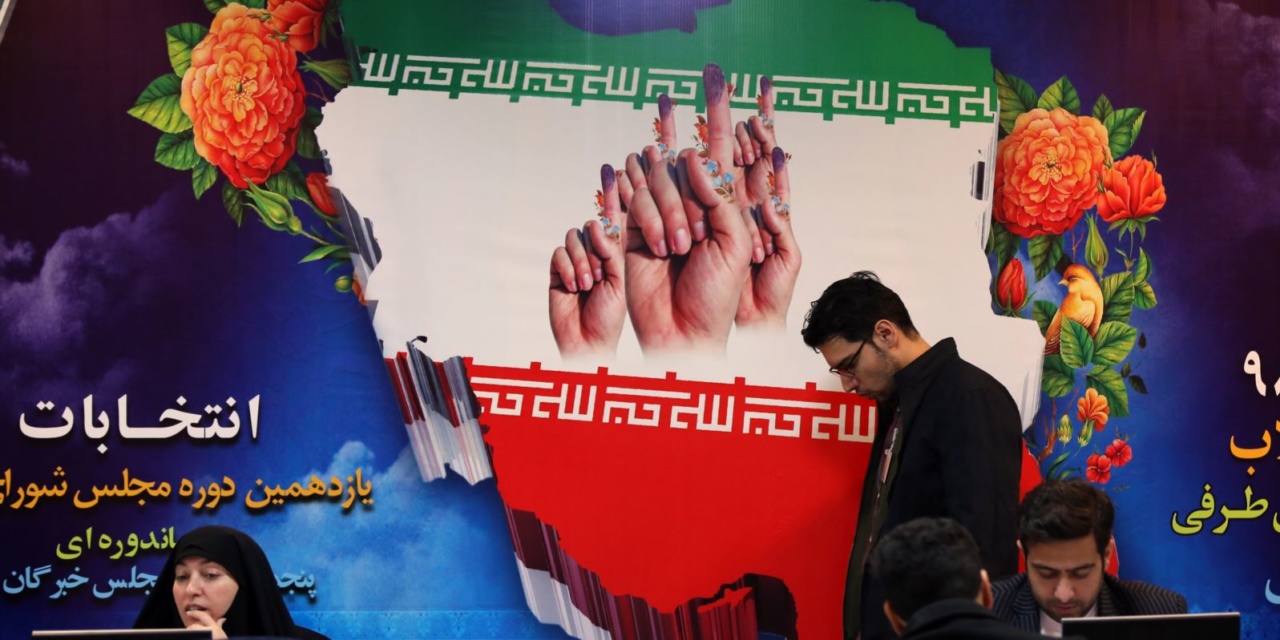 Iranian officials have announced a voter turnout of 42%, the lowest since the 1979 Islamic Revolution.

Iranian media say hardliners and principlist conservatives, in a managed outcome, have been awarded more than 220 of the 290 Parliamentary seats.

Whereas centrists and reformists won all 30 seats in Tehran in 2016, their mass disqualification by the Guardian Council handed all 30 to the hardliners and principlists, headed by former Tehran mayor Mohammad Baqer Qalibaf.

Anticipating the announcement of the historically-low turnout, the Supreme Leader even tried to blame reports of coronavirus, after Iranian officials confirmed 43 cases and eight deaths.

Turkey, Afghanistan, and Pakistan were not persuaded by Khamenei’s claim of the virus as a propaganda stunt: all have closed their borders to entries from Iran. Jordan has also announced a prohibition on Iranian visitors.

Over the past couple of days Western owned/funded Persian language media have gone all out to spread fear of the #Coronavius among Iranians. Now that elections are over let's see if this fear mongering will continue or not. Western policymakers have absolutely no moral boundaries

News on Friday’s Parliamentary elections in Iran trickled out yesterday, as the regime ponders how to report a turnout which may be markedly lower than in previous votes.

A victory by hardliners and conservatives had been arranged by the Guardian Council’s banning of more than 90% of reformist candidates. By last night, Iranian media were reporting that 159 of 290 Parliamentary seats had been filled.

Election committee spokesman Esmaeil Mousavi pointed to the near-exclusion of centrists and reformists from seats in Tehran, where they had taken all 30 in the 2016 ballot.

Fars, linked to the Revolutionary Guards, said 183 seats have been decided. It put the conservative share at 135, with reformists only taking 20 and independents 28.

Centrists and reformists surged in 2016 to take the largest share of Majlis seats, and centrist President Hassan Rouhani was re-elected in 2017.

But the Guardian Council, whose 12 members are appointed by the Supreme Leader and judiciary, banned about 2/3 of 16,000 candidates. Among those barred were 92 current MPs.

After Rouhani complained of a managed election for a “one-party” outcome, the Council reinstated about 2,000. However, the near-complete prohibition of reformists remained.

Signs of Sharp Fall in Turnout

With the outcome set, the attention of the Supreme Leader, Rouhani, and other officials has been focused on a turnout to show the regime’s legitimacy.

Ayatollah Khamenei again appealed on Friday, as he voted, for participation as a message to the American “enemy”.

But in a sign that the call was not answered, officials soon stopped reports on Friday about turnout. They said that, unlike previous ballots, no numbers would be given for individual provinces.

If confirmed, the participation is the lowest since the 2004 elections.

The regime had extended voting by almost four hours, to 11:30 pm, in a hope of boosting the number.

On Sunday, Khamenei tried to pre-empt any disappointing news with the proclamation of a “satisfactory shining in the great election test”.

But in a seminary lecture, he immediately tried to shift attention to the US: “In the face of the enemy’s conspiracy to hit various pillars of the country, we all need to be vigilant in defense and ready for attack and counterattack.”

And in a sign that Iran’s economic crisis may quickly overtake the elections, the currency plummeted by about 10% on Sunday.

The rial tumbled to 156,000:1 v. the US dollar, after the international Financial Action Task Force confirmed that Iran will remain on a blacklist limiting its ability to carry out transactions.

The FATF has been negotiating for months for Iran’s accession, including to protocols against finance of terrorism. However, the Guardian Council and Parliament have continued to block two of four bills necessary for the accession.