How Reform’s Opportunity Disappeared in Iran 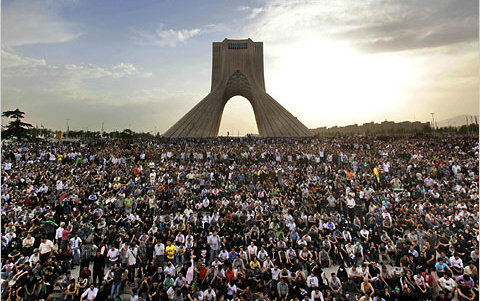 [Editor’s Note: Iran holds Parliamentary elections on Friday. The outcome is not in doubt, after more than 90% of reformist candidates were barred by the Guardian Council. Instead, the headline issue for the regime is how many Iranians — beset by economic problems and denied a meaningful choice — will bother to vote.

Tori Egherman, a resident of Iran before and after the 2009 rising and now with the civil society organization Arseh Sevom, reflects on the last 15 years and the missed opportunity for reform in the Islamic Republic.]

Ten years ago, I co-authored a report on civil society in Iran. It has aged extremely well — unfortunately.

Khatami’s 8-year Government was marked by a struggle between reform and suppression. It was highlighted by two dramatic cases: the violent crackdown on the student movement in summer 1999, and the “disappearances” and murders of dissidents and intellectuals by “rogue” elements of the Intelligence services.

It’s hard to imagine how different Iran would have been without the 1999 crackdown. But many of today’s reform-minded politicians were alarmed by the growing liberalism: “Liberals have taken over our universities, and our youth are chanting ‘Death to dictatorship’ slogans.”

Many urged Khatami to crack down on the student protesters. Eventually a strengthened Basij militia, under the control of the Revolutionary Guards and acting on their behalf, answered the rise of the student movement in Iran with violence.

So even the limited opening from reform was checked by shadow forces such as the “rogue” intelligence operatives who kidnapped and murdered intellectuals and dissidents.

Once Mahmoud Ahmadinejad was elected, the shadows came out into the light. The Basij emerged as a coherent, well-organized group that could challenge the clerical establishment.

The Ahmadinejad Administration embraced a security-based approach that viewed any disagreement as opposition. As its officials hailed the supposed promotion of a governance model that could not be bettered, the “Principlists” became Iran’s leading political movement.

The Principlists aimed to control all aspects of society. They fueled a “state of permanent crisis”, justifying further suppression of society.

They thrive on that “crisis”. When there is none, they are compelled to create one, particularly when they confront a predicament that is unmanageable.

This was evident after the disputed 2009 Presidential election. Millions in Iran took to the streets to protest the results. Most felt that their votes had been stolen, with “President” Ahmadinejad now an illegitimate leader.

Many of those protesters were arrested and charged with “spreading propaganda against the regime”. In 2020, the candidates, journalists, economists, politicians, activists, and students are still in prison or under strict house arrest, for the “crime” of expressing a different point of view.

In 2010, we wrote: “The Constitution of the Islamic Republic of Iran is now read as a fundamentally undemocratic document.” When Parliament voted to limit its own powers we predicted that more power would be held by the Supreme Leader.

We wish we had been wrong. 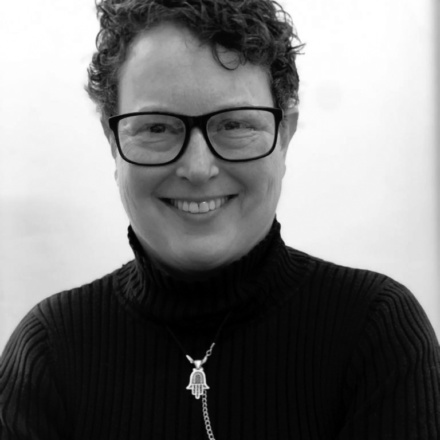 Tori Egherman has written about issues related to Iran for publications such as Arseh Sevom, Prospect, The Guardian, Global Voices, and re-construction. She is co-author of Iran: View from Here and co-editor of Hope, Votes & Bullets.