TrumpWatch, Day 1,110: “He Will Not Change” — House Managers Wrap Up Case on Trump’s Abuse of Power 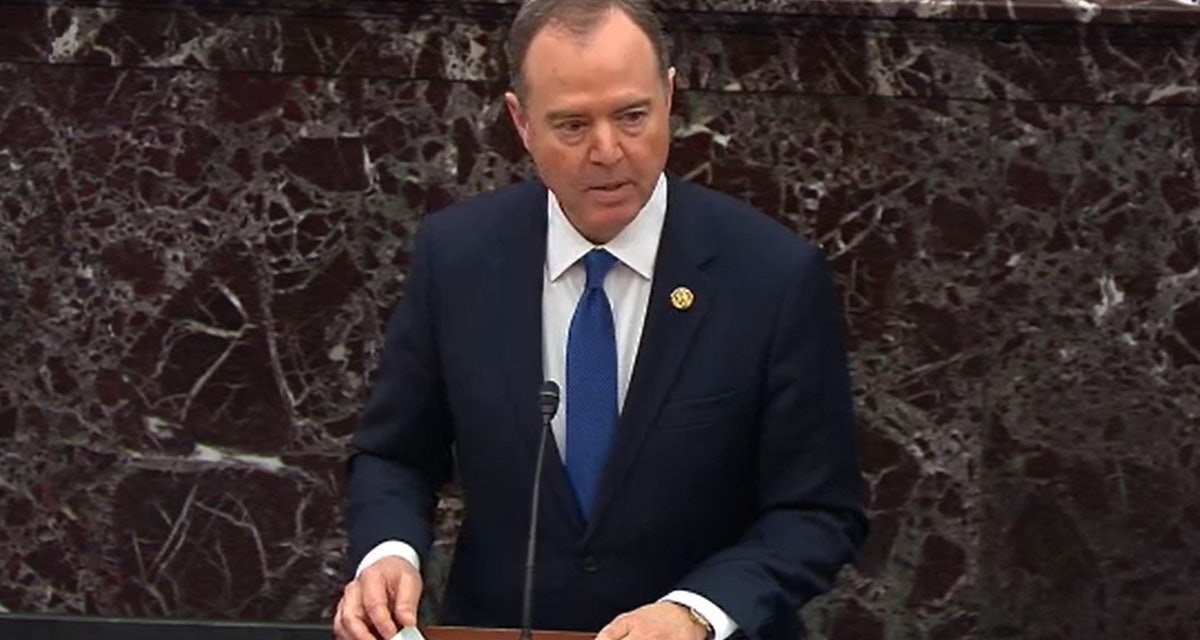 With the outcome of Donald Trump’s impeachment trial a formality, House managers and Trump’s attorneys conclude their cases.

On Friday, all but two Republican senators covered for Trump by blocking witnesses and documents, despite a series of GOP legislators accepting the case of Trump’s abuse of power in his demands that Ukraine investigate his political rivals.

That paved the way for Senate Majority Leader Mitch McConnell, successful in his pressure on colleagues not to break ranks, to schedule the final vote on Wednesday after the Iowa caucuses and Trump’s State of the Union address on Tuesday.

But House managers emphasized on Monday that, despite the shutdown of the trial, the evidence of Trump’s abuse of power and obstruction of Congress would continue to build.

They summarized the 10-month campaign by Trump and his personal attorney Rudy Giuliani for Kyiv’s investigations to tarnish Presidential candidate Joe Biden and to cover up Russia’s involvement in the 2016 US election.

See also EA on Monocle 24: How Republican Protection of Trump Damages US System

Setting out a pattern of Trump’s conduct from his invitation to Russia to interfere in 2016, to his freeze of $391 million in Ukraine military aid in July — “while Ukraine’s soldiers died every week” — Schiff asked if Trump could be trusted given his “character…or lack of it”:

The short, plain, sad, incontestable answer is no, you can’t, you can’t trust this president to do the right thing. Not for one minute, not for one election, not for the sake of our country. You just can’t. He will not change, and you know it.

White House attorney Pat Cipollone avoided the evidence for the argument, used by Republican senators to explain their decision not to allow witnesses such as former National Security Advisor John Bolton, that a complete trial would interfere with Trump’s effort for a second term in November.

This is an effort to overturn the results of one election and to try to interfere in the coming election that begins today in Iowa. The only appropriate result here is to acquit the president and to leave it to the voters to choose their president.

Republican Sen. Charles Grassley invoked another defense over Trump’s abuse of power, that the Ukraine campaign was not “an impeachable offense”.

Sen. Lisa Murkowski, the key vote that buried the effort for witnesses and documents, said Trump’s actions were “shameful and wrong” and “his personal interests do not take precedent over those of this great nation”.

But she rationalized, “The response to the president’s behavior is not to disenfranchise nearly 63 million Americans and remove him from the ballot.”

Schiff knocked back the Republican statements as “He’s guilty as sin but can’t we just let the voters decide?” and then setting out the four-year record of Trump’s pursuit of foreign assistance for his campaigns.

“He will not change, and you know it,” he summarized. “A man without ethical or moral compass will not find his way.”

We have known, since the day we brought these charges, that the bar to conviction…may be prohibitively.

And yet the alternative is a runaway Presidency and a nation whose elections are open to the highest bidder.