EA on Monocle 24: How Republican Protection of Trump Damages US System 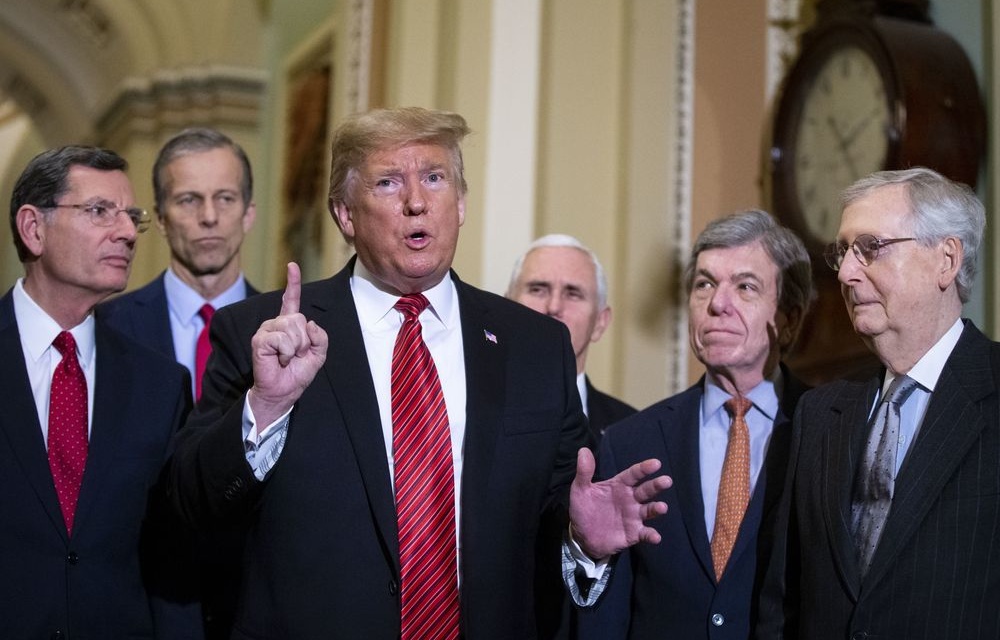 I spoke with Monocle 24’s Georgina Godwin on Monday about the damage to the US system caused by Republican senators covering for Donald Trump’s abuse of power.

We discussing how GOP senators, despite accepting the charge, blocked witnesses and documents en route to this Wednesday’s vote — likely 53-47 on party lines — shielding Trump from conviction.

Then we consider the effect on Executive relations with Congress and the judiciary, particularly in light of Trump’s deceptions and actions — particularly if he wins a second term in office in November.

And I answer Godwin’s question, “Is Trump fit enough in body and mind to serve another four years?”

Republican Senators are not stupid people. But they are human beings and they are politicians. And in the past week — after revelations by former National Security Advisor John Bolton that documented Trump’s freezing of Ukraine military aid to get investigations of political rivals — Republicans who might defect came under intense pressure from the White House and from Senate Majority Leader Mitch McConnell.