Syria Daily: Killing The Displaced and The Children in Sarmin 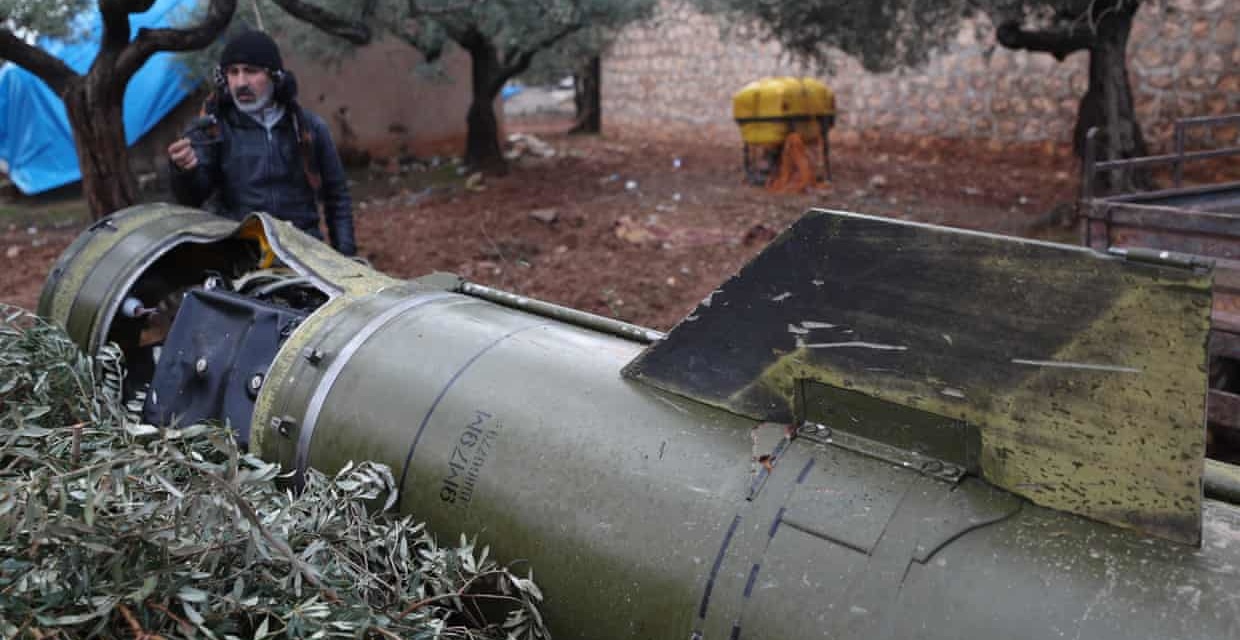 The remains of the Russian-made Tochka missile fired by pro-Assad forces near a school on Sarmin, Syria, January 1, 2020 (Omar Haj Kadour/AFP/Getty)

The Guardian publishes detail about Wednesday’s Russia-regime attack near a school in northwest Syria that killed nine people, including five children.

A school in Sarmin, home to many recently-displaced Syrians, was struck. Nineteen people were injured, including a teacher who is in critical condition.

Mustafa al-Rashid of the White Helmets civil defense said he was in his office when he heard the explosion just before noon. He rushed to the scene to see victims lying in the road beside schoolbags spattered with blood.

“Fortunately, most students had left only 10 minutes before the bombing, but there were some still playing in front of the school,” Rashid explained.

After the first sound, I started hearing multiple consecutive explosions, therefore I recognized we were targeted with cluster bombs. I got a fragment in my left leg while the cluster bombs were still exploding so I crawled inside my cafe until the explosions stopped.

In November, a Tochka missile fired by pro-Assad forces killed at least 22 people, among attacks on displaced camps and hospitals.

The Russian-regime offensive on Idlib and northern Hama Province was launched in late April, shattering a “de-escalation” zone declared by Moscow and Turkey. Seizing almost of northern Hama and part of southern Idlib, the assault has killed more than 1,100 civilians, wounded thousands, and displaced more than 600,000.

Russian President Vladimir Putin declared a pause in early September, but bombing was renewed in November and the ground offensive resumed two weeks ago. Scores more civilians have been killed and another 235,000 people have been displaced since December 12.

Almost 70 medical facilities have been struck. Markets, mosques, and more than 100 schools have been targeted. Local activists say 27 schools were hit in December.

Russia has bolstered the offensive by using its veto in the Security Council, blocking an extension of UN cross-border aid operations.

The greater Idlib area is home to an estimated 3 million people, about 20% of Syria’s remaining population after 106 months of conflict.