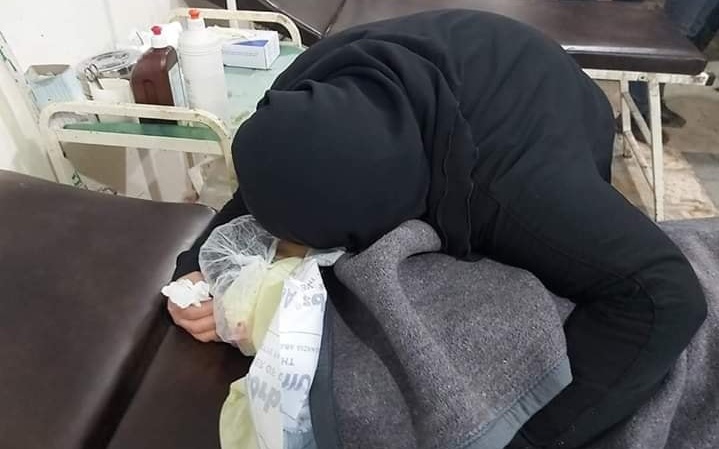 A mother mourns her child, killed by the Russian-regime bombing, of Sarmin, Syria, January 1, 2029

Russia and the Assad regime have welcomed 2020 with more deadly bombing of civilians in Idlib Province in northwest Syria.

Nine people, including five children, were killed in the town of Sarmin when a school was bombed on Wednesday.

A pro-opposition activist reported that a Russian-made Tochka ballistic missile was fired on the town.

Another child and a White Helmets rescuer were slain on Monday.

One of the little kids still got his backpack on😔. Scenes from the horrific massacre committed by the regime forces after targeting a school in #Sarmin City in #Idlib with internationally prohibited cluster bombs this morning. pic.twitter.com/TDZeLyyBAv

The Russian-regime offensive was launched in late April, shattering a “de-escalation” zone declared by Moscow and Turkey. Seizing almost of northern Hama Province and part of southern Idlib, the assault has killed more than 1,100 civilians, wounded thousands, and displaced more than 600,000.

Russian President Vladimir Putin declared a pause in early September, but bombing was renewed in November and the ground offensive resumed two weeks ago.

Scores more civilians have been killed and another 235,000 people have been displaced since December 12.

The UN, which says the assault may constitute a war crime, reported last week, “With the latest escalation of violence in northwest Syria, civilians in Idlib governorate are again suffering from the devastating consequences of hostilities.”

Russia used its veto in the Security Council last month to block an extension of UN cross-border aid operations.

In this small grave and under the sounds of bombing, we buried little Mohammed yesterday, who was killed along with a White Helmet volunteer after being targeted with barrel bombs. With this terrible scene, we bid farewell to 2019, one of the bloodiest years #Syria has known. pic.twitter.com/jkSJ9xhlVW 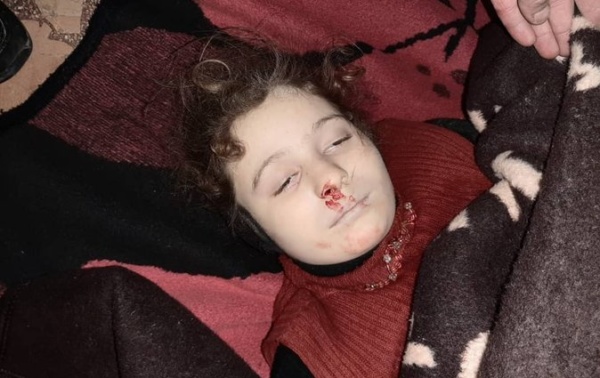 One of the children killed by Russia-regime bombing of Sarmin, January 1, 2020