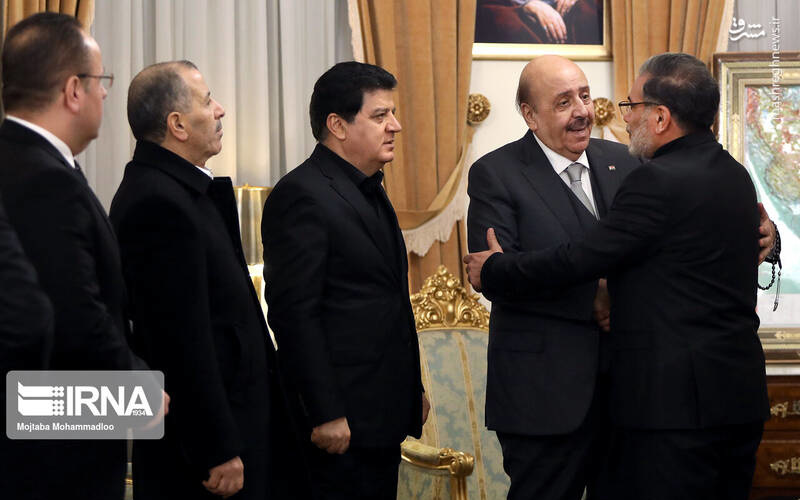 Both Syrian and Iranian State news agencies gave no detail of the discussions, cloaking them in Assad regime condolences for Soleimani, killed on Friday by a US drone strike outside Baghdad International Airport.

Shamkhani was the leader of Iran’s political and military effort which has propped up the Assad regime since the Syrian uprising began in March 2011. He was instrumental in overseeing Tehran’s build-up of the regime’s National Defense Forces, complemented by tens of thousands of foreign fighters overseen by the Qods Force, the branch of the Revolutionary Guards operating outside Iran.

When the Assad regime was at breaking point in July 2015 following advances by rebels in both northern and southern Syria, Soleimani led the Iranian effort for Russia’s military intervention in September.

His successor Esmail Qa’ani has been deputy head of the Qods Force under Soleimani’s command since 1997; however, Qa’ani has not had a prominent public role in Syrian operations.

Iran’s Mehr News Agency highlighted Shamkhani’s praise of the Iraqi Parliament’s demand that all US forces leave the country, calling it a “hard slap in the face of Trump and his team of criminals”.

The admiral said, “After this law comes into force, US presence in Iraq is tantamount to occupation.”

He echoed the statement of Defense Minister Hossein Dehghan about a “military response” while tipping off Iran’s suspension of the 2015 nuclear deal: “[We] will not solely remain limited to military measures.”