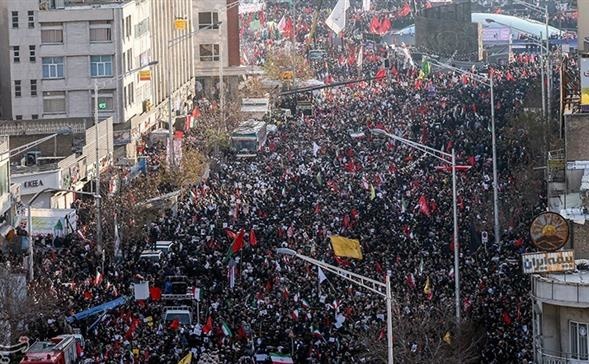 The Rouhani Government said in a statement on Sunday, “Iran’s nuclear program will have no limitations in production, including enrichment capacity.”

Under the agreement with the 5+1 Powers (US, UK, Germany, France, China, and Russia), Iran limited its production of uranium to 3.67% grade, shipping all 20% uranium — which can potentially be further enriched to 90% military-grade — out of the country.

Since June, President Hassan Rouhani has suspended some commitments because of the failure to get a European economic link to bypass comprehensive US sanctions. Iran has broken the limit on uranium stock, raised enrichment to 4.5%, and installed advanced nuclear centrifuges. But the Islamic Republic had carefully stopped short of returning to its pre-2015 production of 20% uranium.

As 5th & final REMEDIAL step under paragraph 36 of JCPOA, there will no longer be any restriction on number of centrifuges

Rouhani used a phone call with Iraq’s President Barham Salih to hail the Iraqi Parliament’s vote to expel US forces from the country. He referred to the killing of Soleimani and Abu Mahdi al-Muhandis, the leader of an Iran-supported Iraqi militia, by a US drone strike outside Baghdad International Airport: “There is no doubt that the blood of great generals of Resistance will cause new developments in the region and act as a factor for deeper bonds between the two nations.”

The Iranian President then signaled Tehran’s push for ongoing influence in Iraq:

It is necessary to stand firmly for the security, sovereignty and protection of the noble Iraqi people, and the Iranian government and nation will certainly defend the sovereignty of the Iraqi people as in the past….

The Iraqi government and nation have put a hard time behind them, and I hope we will see greater security, stability and national unity in Iraq through the efforts and devotion of the Iraqi government….We must act in a way to let enemies know they cannot interfere with and harm the relations between the two nations.

The suspension and Rouhani’s call pointed to Iran’s emphasis on an immediate political rather than military response to the US.

If they [the Americans] do not leave the region, they will face another Vietnam. Experience has shown that they have been always defeated in the face of plans made by Iran and the axis of resistance.

But Hesameddin Ashena, a senior Rouhani advisor, laid out the political path through a tweet, “Expanding friendship with our neighbors and domestic unity are the best gifts for protecting our national security.”

The statements came as hundreds of thousands of Iranians marched in Soleimani’s funeral processions in southern Iran and in the second city of Mashhad. The procession moves to Tehran today before Soleimani is buried in Kerman in the southeast of the country.