Iran Daily: Zarif Backs Away from Deadly Crackdown on Protests 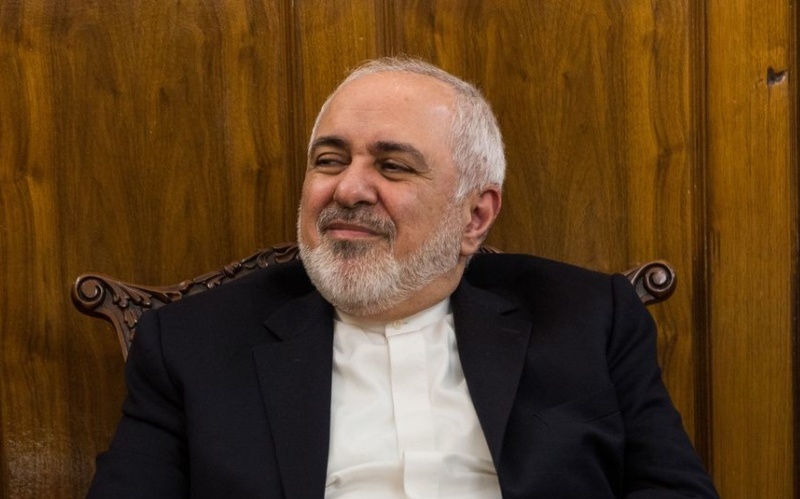 Distancing himself from other regime officials, Iran’s Foreign Minister Mohammad Javad Zarif backs away from the deadly crackdown on November’s mass protests.

In a lengthy interview with Germany’s Spiegel International, Zarif was asked about the killings by security forces of demonstrators, who were responding to a sudden Government announcement of a 50% to 200% rise in petrol prices. Amnesty International reported confirmation of at least 304 protesters slain, many of them shot at close range and some while running away. Iranian officials told Reuters that 1,500 demonstrators, security personnel, and bystanders were killed.

The Foreign Minister questioned Spiegel’s “more than 1,000 people were killed” — “it was less than a third of that” — and he asserted, “You have to differentiate between those who are exercising their right to free speech and those who are looting shops and burning down gas stations….The security forces also have a responsibility for maintaining public order.”

But he emphasized, “There is an investigation.”

And in sharp contrast to the Supreme Leader’s order to repress the protests by any means necessary, Zarif replied to the question, “You think the crackdown was necessary?”

No, I never say that. I don’t want to justify excessive measures. Anybody who used excessive force has to be brought to justice.

Zarif also did not reject Spiegel’s statement, “The protesters are demanding that revolutionary leader Ali Khamenei step down, with chants of ‘Death to the dictator’.”

He acknowledged, “There is discontent in Iran”, before trying to shift attention to the US and other Western countries:

My concern as foreign minister is that the international community has misperceptions about [the dissent]. I warn the West against misperceptions that give rise to misguided policies.

President Trump believed that by applying sanctions to Iran, the government would crumble within a few months. He’s been pursuing his policy of “maximum pressure” for two years now, but he still hasn’t reached his objective.

Another Call to Europe Over Nuclear Deal

In other comments, Zarif again tried to detach Europe from the Trump Administration’s withdrawal from the 2015 nuclear deal and its comprehensive sanctions: “The Europeans didn’t do anything. They have not fulfilled their obligations. The Europeans have to come down from their high horse.”

Almost two weeks ago, the three European signatories to the deal — the UK, France, and Germany — triggered a dispute mechanism over Iran’s suspension of some commitments under the agreement. There is a 15-day deadline for resolution, which can be extended to up to 60 days, before UN sanctions on Iran automatically “snap back” into place.

Last February the European Union launched the financial mechanism INSTEX for purchases of Iranian oil and other goods and commodities, bypassing the US sanctions. But Iran rejected the link because of “humiliating conditions”: the EU’s concern over Tehran’s missile research and development, activities in the Middle East, and alleged involvement in bomb and assassination plots in Europe.

Zarif told Spiegel, “If [the Europeans} want to implement their obligations, we will be prepared to go back to full compliance immediately.”

But he dismissed the INSTEX link, vital for Iran’s crippled economy, covering up Tehran’s rejection of the mechanism: “INSTEX is basically an accounting company….The Europeans haven’t succeeded in carrying out a single transaction.”