EA on talkRADIO: Journey Through TrumpLand — The Trial 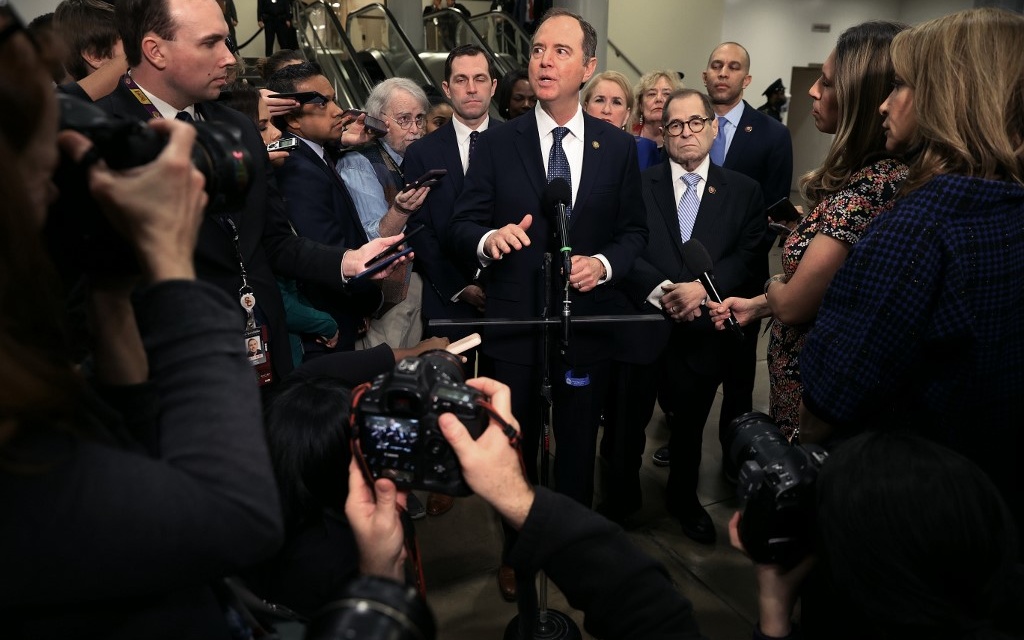 Adam Schiff and other House impeachment managers speak to to reporters outside the trial of Donald Trump, January 22, 2020 (Chip Somodevilla/Getty/AFP)

In our weekly 20-minute Journey Through TrumpLand, I join talkRADIO’s Alexis Conran for a detailed review of the trial of Donald Trump after the House managers’ presentation of the case and the opening of Trump’s defense.

We set out the weight of the evidence about Trump’s claimed abuse of power, pressing Ukraine to investigate political rivals and cover up Russia’s involvement in the 2016 US election. We take apart the diversionary — and untrue — spin of Trump, his attorneys, and his supporters, praising Trump’s lies as the artistry of the “King of Misdirection”.

This trial is not about undoing Donald Trump’s election in 2016 or preventing him from running in 2020. This is about Trump’s abuse of power. If he gets removed from office, it’s on his nickel. He did this.

They said Trump’s Number 1 concern was fighting corruption in Ukraine. It clearly was not.

They said Ukraine did not know Trump had frozen military aid. Ukrainian officials did know.

They said Trump unfroze aid because he was helping Ukraine. That too is a lie.