Which Path for the UK Labour Party? 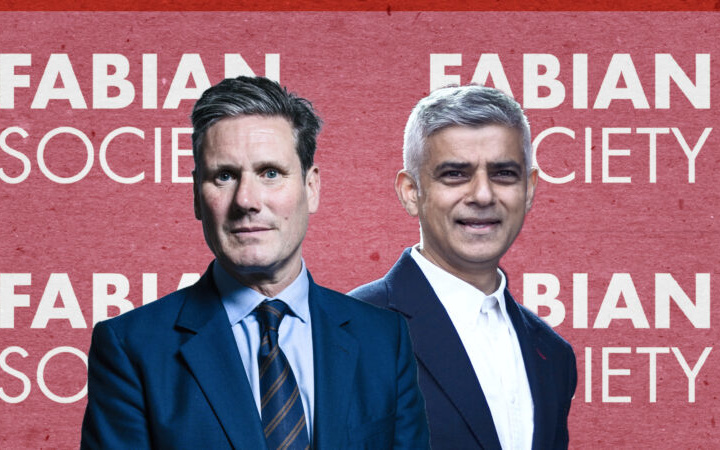 It is now six weeks since the most disastrous General Election result for the UK Labour Party since 1931.

There have been calls for deep reflection, but these are being poured into the mix of a leadership campaign which will not end until early April. So even amid the call for Labour to return to being a party for “good”, blame and defiance — with some even insisting that outgoing, defeated leader Jeremy Corbyn “won the argument” as he took Labour to electoral oblivion — has been prevalent.

On a cold Saturday in January at Friends House in London, I am at the Fabian Society, one of Britain’s oldest think tanks. Founded in 1884 at the birth of the Labour Party, the society has been at the vanguard of political ideas and public policy. With Brexit looming, the Society is hoping on this Saturday to recover a way forward for the Left under the banner of What’s Next?

In the middle of a leadership campaign, the party — and the candidates — are having to assess why such an ambitious election manifesto was rejected and whether it was the right agenda for the UK in this current, Brexit-ridden political climate. Individual popular and worthy policies may have been flawed in a document throwing them all together.

UK Election: Why All Wasn’t Right on Corbyn Road

Jeremy Corbyn did face an onslaught from much of the media. Brexit did corrupt the environment. But just saying, “Our argument was won”, ignored that a failed narrative has to change. As Fabian Society General Secretary Andrew Harrop explained, in the political malaise across Europe, populist narratives are exploiting a vacuum while progressives and internationalists are not claiming a place for their positions

John Curtice put his finger on that phenomenon in the General Election: the winning soundbite, even if it proves to be a disastrous policy, “Get Brexit Done”. Meanwhile, Labour “did not come up with a phrase, a message, a symbol, or an image that explained what kind of Britain it wanted to create”. Even though Labour had a radical program for change, Curtice noted:

The attention of the electorate was focused very successfully on some of the technical weaknesses, not least the idea that nobody other than the top 5% richest people were going to pay more in the way of income tax.

So if the manifesto had some great snippets, Labour’s messaging and the overall program was all over the place. That allowed Boris Johnson and Dominic Cummings to win the campaign with white noise, which the manifesto and Corbyn could not dissipate. As I knocked on doors in the West Midlands, I heard voter after voter who were not enticed by the election promise, and who felt there was no coherent message or reasoned argument on headline pledges such as free broadband, cuts in rail fares, or cash handouts for women born in the 1950s.

Labour’s leadership never understood why the working class vote was being eroded, as the Red Wall gave way to groups of voters with more socially conservative values. The Brexit conundrum and the perception of Corbyn accelerated this process, but this was a crisis which had been building for years. The Corbynite rationale that defeat was because of a policy for a second Brexit referendum is a myth: Curtice showed how Labour’s vote fell on average by more than 10% in the most pro-Leave areas and also by more than 6% in the most pro-Remain. So Corbyn’s “neutral” position on Brexit was an added albatross — a lack of leadership — added to Labour’s burden.

Has the lesson been learned? Seema Malhotra, the MP for Feltham and Heston, was brutally honest: “[The election was] the shock that we needed. This was our 1997 in reverse — we were acting like we had won the three previous elections we lost.” Journalist and former Corbyn backer Paul Mason added, “It wasn’t the manifesto that lost Labour the general election, but a failure of leadership.”

Ideology and conviction does not provide votes in an era of soundbites. As I wrote after the vote:

Although “Get Brexit Done” was full of flaws and even lies, the Conservatives had one central message that they just kept peddling. Meanwhile, I only found out on the day after the election that Labour’s slogan — a slogan that could have cut through the Brexit charade — was “Time For Real Change”.

While Corbyn was subject to vilification, distortion, and caricature, he was a leader of the opposition against a Government who had led the country with turmoil over the past three years. An open goal to defeat the Tories which was spurned. London’s Mayor Khan told the audience:

I used to be a lawyer, and if I ever said to a client after losing a case, “Well at least we won the argument”, I can imagine what their response would be.

It’s important we understand that you win elections by winning the argument.

An End to Factions

For the Labour Party to move forward, there must be honest discussions about what action is needed. The party cannot be one of insider expertise and a bang-the-drum ideology. The party needs to be unified, and it needs to make a strong response to issues such as the anti-semitism problem.

Towards the end of the conference, leadership candidate Keir Starmer arrived from a hustings in Liverpool to a standing ovation. His first answer: “The Labour Party must urgently end factionalism and unite as a party to move forward. We need to be strong and integrated in our communities.”

He then set the objective, “The Labour Party. when it’s at its most powerful, stands in solidarity with people and power and enable people to have fulfilling lives.”

The leadership campaign needs a robust and healthy debate with reflection and honest questions being answered. That way leading to rebuilding and a united challenge to Boris Johnson as the country goes through a seismic period.

The other path leads to irrelevance in that crisis.