EA on Monocle 24: Unsettled by Ukraine, Pompeo Attacks the Media 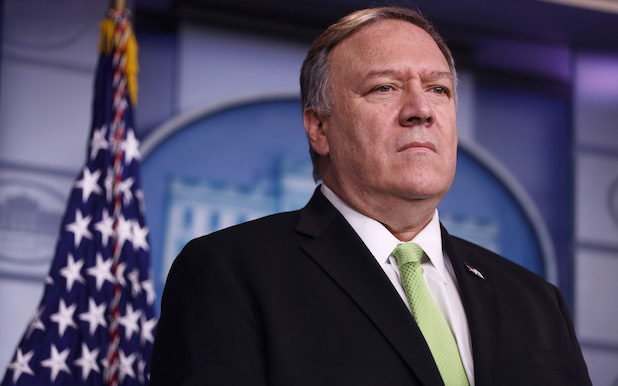 US Secretary of State Mike Pompeo in a press briefing at the White House January 10, 2020 (Alex Wong/Getty)

I spoke with Monocle 24’s Andrew Mueller on Tuesday about US Secretary of State Mike Pompeo’s attacks on the media, fueled by his unease over the Trump-Giuliani campaign for Ukraine’s investigations of political rivals.

Pompeo has been implicated, at least in his knowledge of the 10-month campaign by documents from Trump’s attorney Rudy Giuliani and the testimony of US officials in House impeachment hearings.

Last week he insulted, swore at, and tried to humiliate National Public Radio journalist Mary Louise Kelly when she asked him about the Trump-Ukraine affair, including his alleged failure to defend US Ambassador to Kyiv Marie Yovanovitch.

Pompeo was further angered over the failure of his attempt to embarrass Kelly. in a State Department press release. So the Department barred NPR reporter Michele Kelemen from Pompeo’s upcoming trip to Europe.

When you expose a bully for trying to bully you, they do not go on the defense. They go back on the offense.

It’s a case of how often you try to hold them to account so they stick to the facts, rather than their imagined reality.