EA on CNN and Al Jazeera: Trump-Ukraine — The Pompeo-Giuliani Connection and Trump’s Impeachment 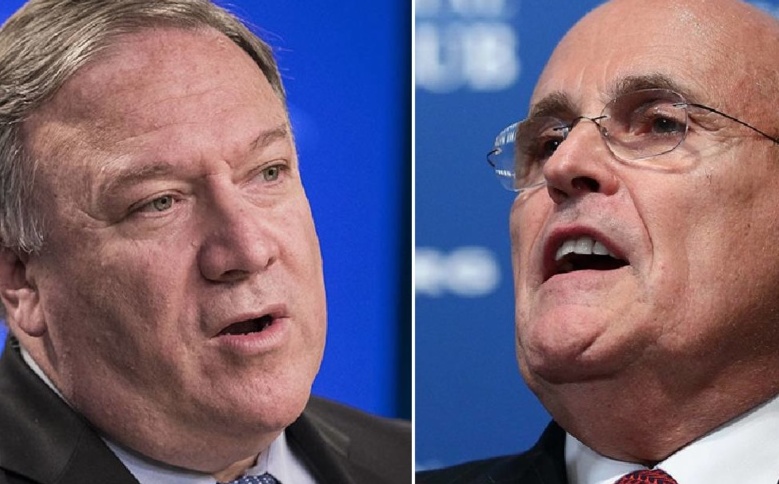 I joined CNN International’s Natalie Allen on Sunday morning to discuss the new evidence of Secretary of State Mike Pompeo’s involvement in the Trump-Ukraine affair, including his contact with Donald Trump’s attorney Rudy Giuliani in March — four months before the Trump phone call with President Volodymyr Zelenskiy seeking investigations of Trump’s political rivals.

We also reviewed the status of the impeachment process after 10 witnesses set out evidence for likely charges of bribery and obstruction of justice.

See also EA on talkRADIO: A Journey Through TrumpLand on The Impeachment Express

ORIGINAL ENTRY: So Secretary of State Mike Pompeo spoke with Trump attorney Rudy Giuliani on March 26 and March 29 about the Trump-Ukraine situation.

But that’s only the start of the story. Giuliani’s team gave the State Department the summaries of meetings with the former and current Ukraine Prosecutor Generals — meetings that discussed conspiracy theories and disinformation about Joe Biden, his son Hunter, and US Ambassador to Ukraine Marie Yovanovitch.

All of which bolsters this week’s dramatic testimony of Ambassador Gordon Sondland, a central figure in the Trump-Giuliani campaign, that the pursuit of investigations — to tarnish Biden and to cover up Russia’s interference — in the 2016 US election — was accepted by Pompeo.

My chat with Al Jazeera English this afternoon: