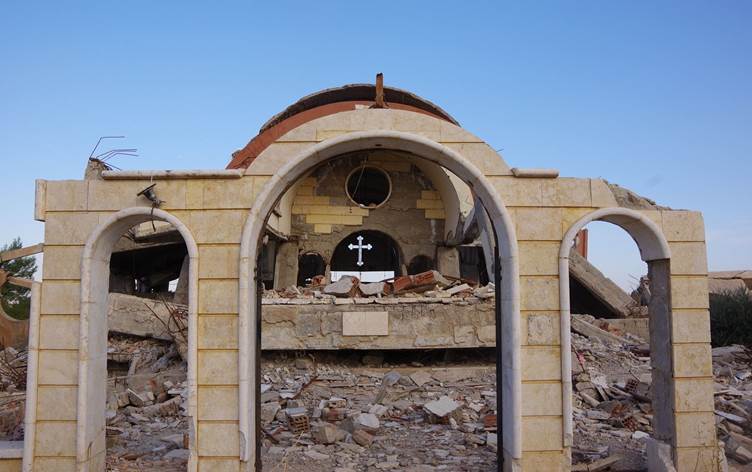 The Kurdish-led Syrian Democratic Forces have agreed to a deployment of Russian troops to two mainly-Kurdish towns south of the Turkish-Syrian border, both reinforcing Turkish-Russian military oversight of northeast Syria and raising questions about it.

The SDF said Sunday that an accord was reached on Russia’s presence in the towns of Ain Issa and Tel Tamr, where fighting has continued with Turkish-allied anti-Assad fighters despite the Turkish-Russian declaration of oversight.

The SDF added that Russian troops will also go to the border town of Amuda.

“We were honored to host the commander of Russian forces working in Syria, Lt. Gen. Alexander Chaiko. It was a very fruitful meeting, and we agreed to deploy Russian forces in Amuda, Tel Tamr, and Ain Issa for security and stability of the area,” SDF commander Mazloum Abdi tweeted in Arabic and Russia on Sunday.

“We look forward to more joint efforts for the interest of both of our countries,” he added.

The meetings and announcement appeared to ease recent sniping between the two sides. Russia said the SDF was not adhering to Moscow’s deal with Turkey; the SDF alleged that Russia was failing to guarantee the agreement by allowing attacks by the Turkish-allied anti-Assad factions. 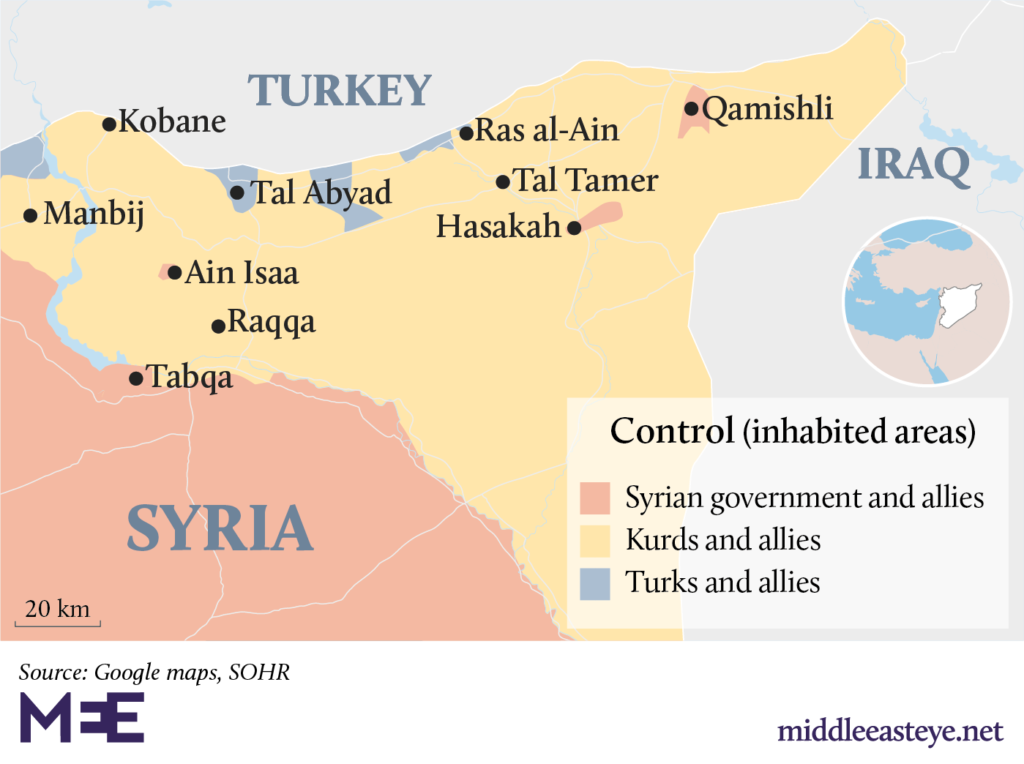 Since the end of 2018, when Donald Trump ordered the withdrawal of US troops allied with the SDF, Turkish President Recep Tayyip Erdoğan has pursued a zone 480 km (270 miles) long and 30 km (19 miles) deep across the Kurdish cantons of Kobani and Cezire. He says up to 2 million of the 3.5 million Syrian refugees will be resettled in the area.

Turkey is also demanding the withdrawal of the Kurdish militia YPG, the leading element in the US-backed SDF. Ankara considers YPG to be part of the Turkish Kurdish insurgency PKK.

Turkey and its anti-Assad allies launched a cross-border offensive on October 9, taking a corridor between the towns of Tel Abyad and Ras al-Ain.

On October 22, Erdoğan and Russian President Vladimir Putin announced joint military patrols for the zone. They also reaffirmed the call for the YPG’s withdrawal.

Tel Tamr, a minority-Christian town, is a vital point connecting Kurdish-controlled zones. Ain Issa is the capital of the Kurdish Self-Autonomous Administration.

Sunday’s agreement follows a trade of accusations between the two parties. Russia claimed the SDF had not adhered to the Russia-Turkey deal; the SDF said Russia was failing in its role as guarantor of the agreement.

State agency Anadolu headlines a declaration by Turkey’s Defense Ministry that the Islamic State — removed from northeast Syria by the SDF — is “still alive due to YPG/PKK”.