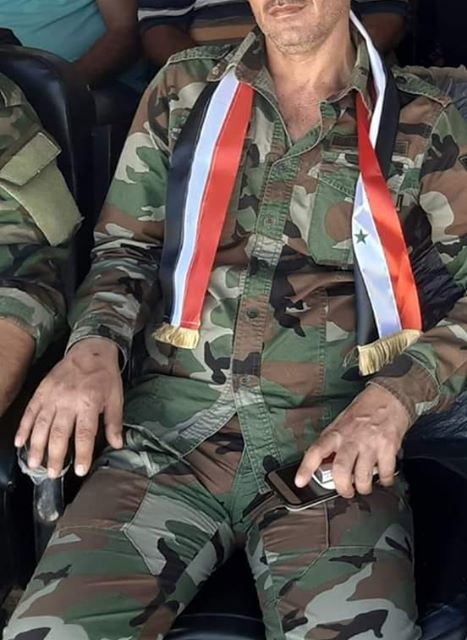 Amid a renewed Russia-regime ground offensive in northwest Syria, dozens of Assad regime troops — including at least two commanders — have been killed.

Analysts and activists, drawing from pro-regime accounts, said at least 39 regime soldiers were slain in Idlib Province and another 10 in neighboring Latakia Province since Thursday.

Many of the casualties were inflicted by the suicide vehicle bomb detonated by the hardline Islamist bloc Hay’at Tahrir al-Sham in Ruffah in southeast Idlib. The explosion targeted a special operations unit of the paramilitary Tiger Forces, killing 15 troops. Colonel Basil Khadour, leading the 6th Regiment, and a field commander were among the victims.

The regime losses in northeast Latakia were killed in yet another assault on the hilltop of Kabana, which the Assad forces have tried to seize since the start of the Russia-regime offensive in late Apri

But the pro-Assad blog Al Masdar acknowledges 40 killed and more than 50 wounded, while declaring that anti-Assad fighters have greater losses and the regime units “have captured over 15 towns and villages”.

Enabled by Russian airstrikes and special forces, the regime has seized part of southern Idlib and neighboring northern Hama Province.

Russian President Vladimir Putin declared a pause in early September. However, deadly bombing and shelling resumed in November, killing scores of civilians and wounding hundreds, and escalated this week.

The ground assault has resumed in recent days in southeast Idlib, with fears that it is aiming at the city of Ma’arat al-Num’an. Many of the 70,000 population have fled this week.

The offensive has killed more than 1,100 civilians, wounded thousands, and displaced more than 500,000 people in the greater Idlib area.

The UN estimates that more than 3 million people — about 20% of the remaining population of Syria — live in the territory, the last major opposition area in the country.