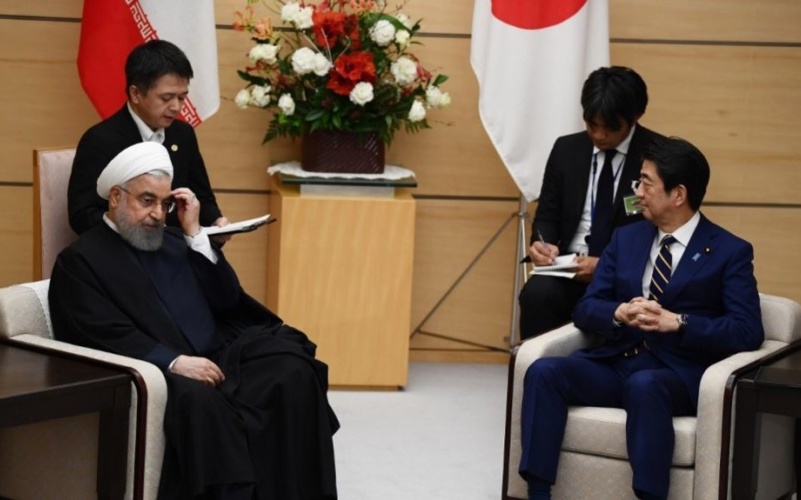 Abe said at the summit:

I strongly hope the country [Iran] will fully implement the nuclear agreement and play a constructive role for peace and stability in the region.

The nuclear deal is an extremely important agreement for Iran. That’s why we strongly condemn the United States’ one-sided and irrational withdrawal.

Donald Trump withdrew the US in May 2018 from the agreement between Iran and the 5+1 Powers (US, UK, France, Germany, China, and Russia). Comprehensive American sanctions on Tehran’s financial and energy sectors followed in November.

In May 2019, the US ended sanctions waivers for Iran’s top oil customers, including Japan, leading to a reduction of between 80% and 95% in the Islamic Republic’s exports.

Iran rejected a European Union mechanism to bypass the sanctions because of “humiliating conditions” such as the EU’s criticism of the Iranian missile program, activities in the Middle East, and alleged involvement in bomb and assassination plots in Europe.

Tehran began suspending commitments under the nuclear deal from June 2019. It broke the limit on stocks of 3.67% uranium, began enriching uranium to 4.5%, and installed advanced centrifuges. However, it has not yet returned to its pre-2015 production of 20% uranium, which potentially can be further enriched to more than 90% for use in a military nuclear program.

Abe tried to mediate in June, with a trip to Tehran to encourage talks between Iran and the US. However, his attempt was bluntly rejected by the Supreme Leader.

We hope that Japan and other countries in the world will make efforts toward maintaining the agreement.

Japanese officials offered no prospect of a resumption of oil purchases. One said, “We can’t do it when U.S. sanctions are in place. As far as we know, no (Japanese) oil wholesalers have bought crude oil from Iran since May this year.