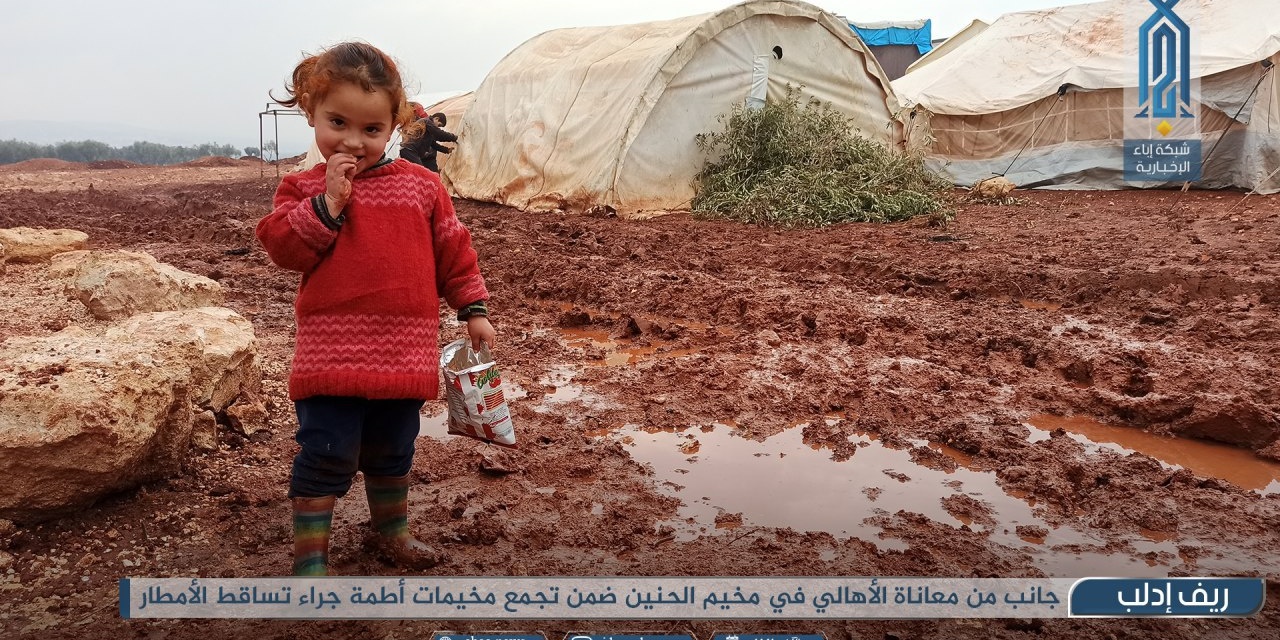 Heavy rains have swamped camps in Idlib Province near the Turkish border. Videos and images show residents trying to navigate the waters.

Thousands of people are now without electricity and running water.

The greater Idlib area — Idlib and neighboring northern Hama and western Aleppo Provinces — are the last major opposition territory in Syria. The UN estimates that about 3 million people, 20% of the country’s remaining population, live there.

Many of those in Idlib have fled other parts of Syria amid assaults by the Assad regime and the powers enabling it — Russia, Iran, and Lebanon’s Hezbollah. They have also faced attacks and intimidation by the hardline Islamist bloc Hay’at Tahrir al-Sham, which took control of much of the province from 2017.

The displaced are unable to move farther because Turkey, which hosts 3.6 million Syrian refugees, closed its border in 2016. Ankara is now aspiring to resettle up to 2 million of those refugees to northeast Syria, amid its cross-border offensive across the Kurdish cantons of Kobani and Cezire.

Russia and the Assad regime launched an offensive to overrun greater Idlib in late April. The attacks killed more than 1,000 civilians, wounded thousands, and displaced more than 400,000 people.

The offensive seized almost all of northern Hama and part of southern Idlib. Russian President Vladimir Putin declared a “pause” in early September, but the Russia-regime bombing resumed last month, adding hundreds more slain and injured civilians to the toll.

A local source says the flooding has eased the Russia-regime bombing as “planes are useless in fog and clouds”, but immediately adds “we are suffering a great deal” from the rains.