Syria Daily: 21+ Killed as Russia-Regime Attacks Target A Home of the Revolution 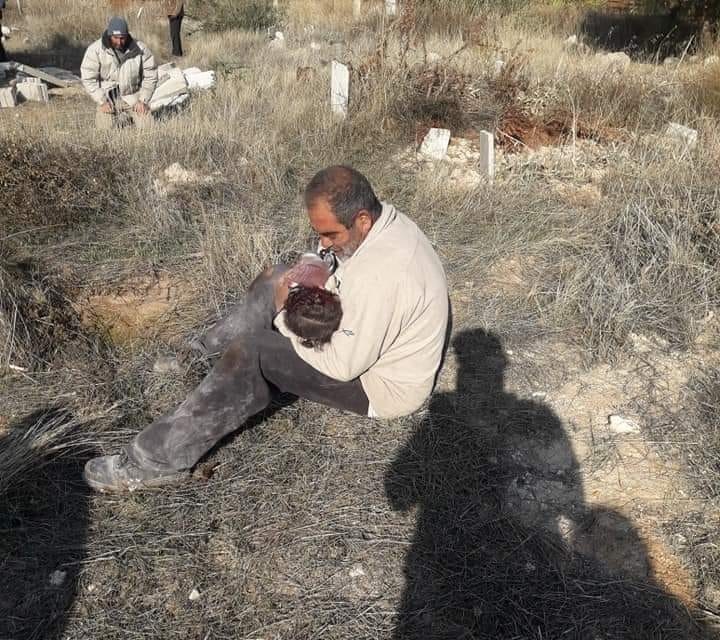 A father whose two children were slain holds one of them after Russian-regime bombing of southern Idlib Province in northwest Syria , December 7, 2019

Russian-regime bombing killed at least 21 people in Idlib Province in northwest Syria on Saturday, as the attacks targeted a home of the Syrian Revolution.

Local sources reported airstrikes on five towns and villages in the province, the last major opposition territory after 104 months of conflicts.

At least nine people were slain in a market in Balyoun and four in the village of al-Bara. Five perished in barrel-bombing by helicopters on Abdita, with other casualties in Jebgahs and Tel Minis.

Among the dead were nine children and five women, according to the White Helmets civil defense. At least 42 people were injured

Strikes were also reported on other sites such as Talmenes in eastern Idlib Province (see map).

Destroying the Messages of the Revolution

The bombers also targeted Kafranbel (Kafr Nabl), the iconic site of the Syrian uprising with its posters and Radio Fresh.

Regime helicopters barrel bombed the headquarters of the Union of Revolution Bureaus and near a school in the town in southern Idlib. Radio Fresh, created by the the renowned activist Raed Fares, was levelled by the attacks.

Kafranbel soon became an international beacon of the Syrian uprising in 2011 with photographs and videos featuring the witty, challenging messages of peaceful revolution to the Assad regime and to the world.

Radio Fresh was created in 2013 to amplify the signs, and its combination of music and commentary immediately because a focal point as opposition groups took control of much of northwest Syria.

The station also confronted the hardline Islamist bloc Hay’at Tahrir al-Sham as it tried to seize control of Idlib in 2017. When HTS fighters raided the station and forced it to halt music, Fares responded by playing sound effects to mock the Islamist bloc.

Fares was a repeated target of assassination attempts, shot three times in the chest in January 2014, and he was abducted and tortured by HTS. He was killed by gunmen in November 2018. 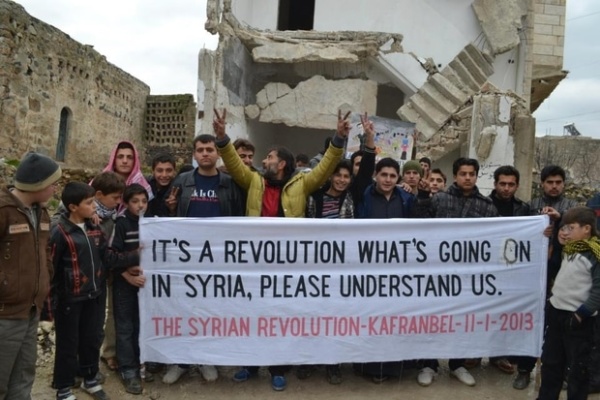 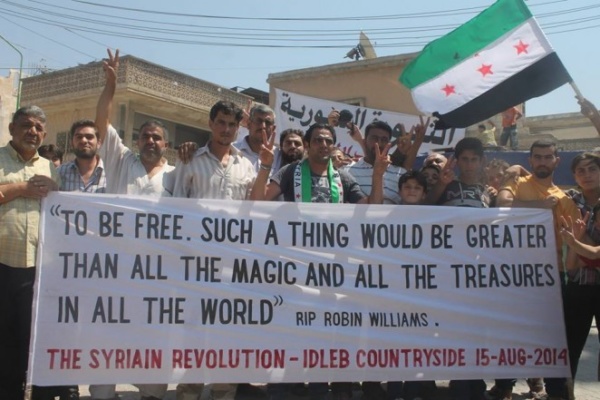 Despite Russian President Vladimir Putin’s declaration of a “pause” in early September, Russia and the regime have continued assaults on civilian sites amid a 7 1/2-month offensive to overrun Idlib and northern Hama Province.

Scores of civilians have been killed and hundreds wounded in the past two months. At least 11 died last week when fruit and vegetable markets in the towns of Ma’arat al-Num’an and Saraqeb were attacked. Three weeks ago at least 15 displaced Syrians, most of them children, were killed and more than 70 wounded by Russian missiles fired on a camp near the Turkish border.

Russia and the regime have killed more than 1,000 civilians, wounded thousands, and displaced more than 400,000 people since launching an offensive in late April to occupy the last major opposition area in Syria. Bombing of civilian sites has included 66 attacks on medical facilities.

The assault has seized almost all of northern Hama Province and part of southern Idlib.

The greater Idlib area is home to about 3 million people — 20% of the remaining population of Syria.

White Helmets rescue a young man alive from the rubble in #Baluon Town in #Idlib, after its popular market was targeted by Russian warplanes this afternoon, which killed 9 people, including 3 children, and wounded 13 others. 21 people killed today so far. #IdlibUnderFire pic.twitter.com/EN3GnOpJAG

Scenes from the White Helmets retrieving the bodies of 4 people, and rescuing a child and a woman after the targeting of a market, a school and a mosque in #alBara Town southern #Idlib by Russian raids and regime explosive barrels bombs this morning. #IdlibUnderFire pic.twitter.com/XfAdeEl5JD