Iran Daily: Zarif Criticizes US Strikes on Tehran-Backed Militia in Syria and Iraq 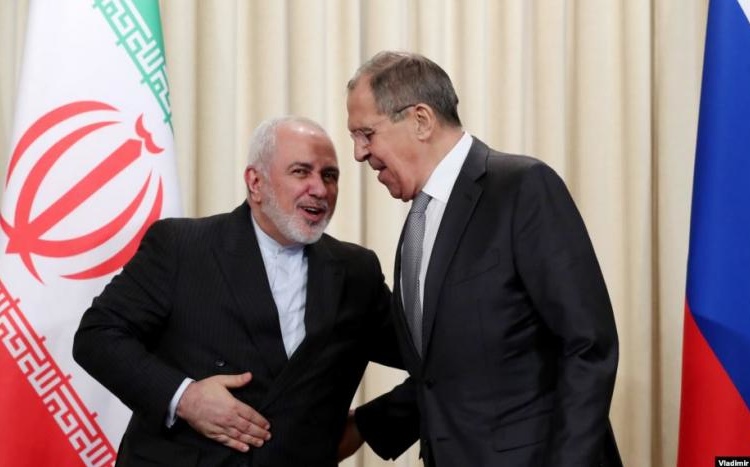 Iran’s Foreign Minister Mohammad-Javad Zarif has criticized US airstrikes on Tehran-backed militia in Syria and Iraq.

On Sunday, US warplanes fired on five bases — two in Syria and three in Iraq — of the Kata’ib Hezbollah militia, which is supported by the Quds Force, the Revolutionary Guards branch operating outside Iran.

The American military said it was responding to Kata’ib Hezbollah’s attacks on US personnel in Iraq.

The Popular Mobilization Forces in Iraq, which includes Kata’ib Hezbollah, said at least 25 fighters were killed and 51 wounded. Four commanders were reportedly among the victims.

Standing alongside Russian Foreign Minister Sergey Lavrov in Moscow, Zarif said, “The United States is shedding blood and causing destruction against the people of Iraq and Syria thousands of miles away from its own borders in the name of defending itself.”

He continued, “Unlike the others who fuel insecurity and belligerence, Iran and Russia seek stability and security in the region and the world.”

Zarif did not explain how Iran and Russia’s essential support of Syria’s Assad regime, which has killed hundreds of thousands of Syrians and displaced millions since March 2011, had provided “stablity and security”. Nor did he refer to widespread criticism, amid mass protests, of the role of Iran’s military and political officials in Iraq.

Instead, he claimed that proposals by Iran and Russia to defuse regional tensions have “very much in common”.

The Foreign Minister specifically referred to Tehran’s efforts to assert control of the Strait of Hormuz and Persian Gulf, through which one-fifth of the world’s oil passes.

Iran has been challenging US attempts to forge a coalition to protect shipping, after a series of attacks on tankers this year. Last week Zarif pointed to Tehran’s joint naval exercises with Russia and China in the Indian Ocean and Gulf of Oman as a sign of its intent.

Zarif is in Beijing for talks on Tuesday.

Iran Daily, Dec 28: Tehran — We Will Patrol Persian Gulf Alongside Russia and China

Foreign Ministry spokesman Abbas Mousavi backed Zarif on Monday: “The U.S. has demonstrated its decisive support for terrorism and disregard for the independence and sovereignty of nations by launching these attacks, and it must accept the responsibility for the consequences of such illegal measure”.