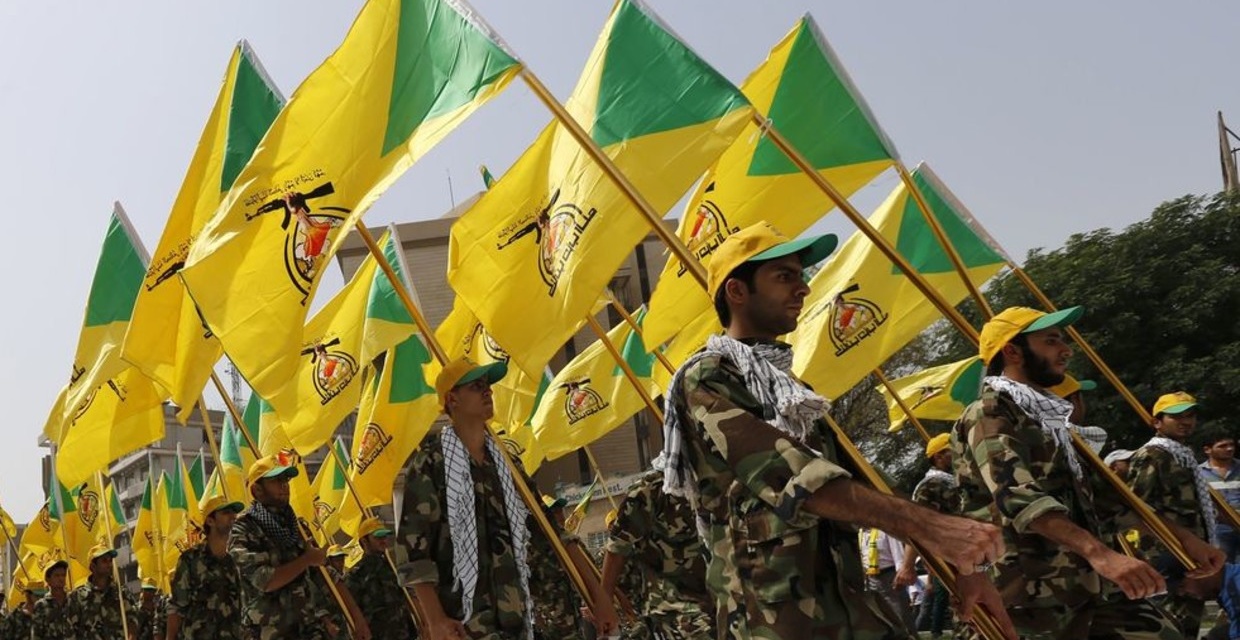 The US military carried out airstrikes on Iran-backed militia in Syria and Iraq on Sunday.

The Pentagon said the Kata’ib Hezbollah militia is responsible for a series of attacks on US-Iraq military bases with American troops.

In recent months, there have been several strikes on Kata’ib Hezbollah in Syria and Iraq, but these have been attributed to Israel. Tuesday’s attack, at 6 pm local time, was the first that has been acknowledged by the US military.

The Iraq-based Popular Mobilization Units, of which Kata’ib Hezbollah is a part, said at least 25 people were killed. An official, Jewad Kadum, said on Sunday evening that rescue operations, evacuation of the wounded, and recovery of the slain were ongoing.

At least four local Kataib Hezbollah commanders were among the dead in Iraq, sources said. They said, in contrast to the US military’s declaration of “relatively small” targets, that a militia headquarters — near the western Qaim district in Iraq on the border with Syria — was hit.

US officials accused the militia of firing more than 30 rockets on a position near the oil-rich city of Kirkuk on Friday. A US civilian contractor and two members of the Iraqi Security Forces were killed; four American military personnle were injured.

Kata’ib Hezbollah was formed after the US invasion of Iraq in 2003. Supported by the Quds Forces, the branch of Iran’s Revolutionary Guards operating outside the Islamic Republic, it rose to prominence in 2007 with attacks on the US-led coalition in Iraq. It was added to the US State Department list of Foreign Terrorist Organizations in 2009.

The militia has been part of the Iranian military effort propping up the Assad regime since 2012, and it has been among the leading groups in the Popular Mobilization Forces, formed after the Islamic State seized one-third of Iraq in 2014.

The strikes were another sign of US agencies pushing back Donald Trump’s withdrawal of the 1,000 US personnel in northern Syria.

After a call with Turkish President Recep Tayyip Erdoğan on October 6, Trump endorsed Ankara’s cross-border offensive across two Kurdish cantons in the northeast and ordered US troops to retreat.

The Pentagon, seeking to retain a presence in part because of Iran’s influence in Syria, used the rationale of oil and gas fields in northeast Syria to press for retention of forces. About 600 American personnel remain alongside the Kurdish-led Syrian Democratic Forces.

On Sunday, Defense Secretary Mark Esper, Secretary of State Mike Pompeo, and Joint Chiefs Chairman Mark Milley traveled to Trump’s Mar-a-Lago resort in Florida to brief him on the strikes.

“We will not stand for the Islamic Republican of Iran to take actions that put American men and women in jeopardy,” Pompeo said.

Esper asserted that the US “would take additional actions as necessary to ensure that we act in our own self-defense and we deter further bad behavior from militia groups or from Iran”.

The Iraqi Armed Forces criticized the US operations.

The Iraqi Prime Minister expressed his strong objection to this unilateral decision and his concern that it would lead to further escalation and demanded that he [Esper[ stop it (airstrikes) immediately….

These strikes represent a treacherous stab in the back.

Abdul Mahdi said in a statement, “We have already confirmed our rejection of any unilateral action by coalition forces or any other forces inside Iraq. We consider it a violation of Iraq’s sovereignty and a dangerous escalation that threatens the security of Iraq and the region.”