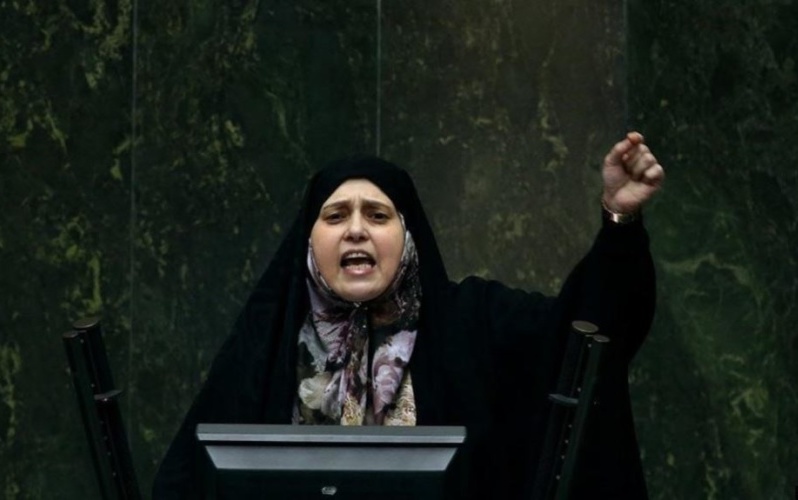 In a speech on Monday, Parvaneh Salahshouri, an MP for Tehran, spoke of the regime’s “grim despotism” with its unelected centers of power.

Salahshouri is one of a handful of legislators who has expressed concerns over the killing and detention of protesters, amid marches in mid-November against the Government’s sudden increases of 50% to 200% in the cost of petrol.

Amnesty International has reported the killing of at least 208 protesters over four days, and says the actual toll may be far higher. The opposition website Kalameh says at least 366 people perished. Iranian authorities reportedly detained more than 7,000 people.

Salahshouri said Iranian leaders are not recognizing the suffering of ordinary people and are failing to address deep-rooted problems: “Sadly, we have abandoned the people, except for a minority who enjoy favors and advantages.”

The MP has previously criticized the regime over its handling of economic and social issues, for example, in a speech in September 2018.

“They Have Tied the Hands and Feet of Parliament”

MP Ali Motahari, a long-time “maverick” conservative, took up the theme on Tuesday with a speech in Parliament. He said the regime’s bodies had undermined the Majlis’ authority, putting the Iranian system at trisk.

The Council, initiated by Ayatollah Khamenei as an “economic war room” to combat comprehensive US sanctions, suddenly announced the cutting of petrol subsidies at midnight on Friday, November 15, setting off the mass protests.

Motahari also assailed the Expediency Council, the administrative body appointed by the Supreme Leader which can review legislation to resolve intra-regime conflicts.

“What the lawmakers decide should be final. [The Expediency Council] has no right to re-investigate Majlis legislation….They have tied the feet and hands of the Majlis,” Motahari asserted.

He cited the Council’s blocking of laws for Iran to join international bodies against money-laundering and funding of terrorism.

The failure to accede to the Financial Action Task Force has led to its threat to put Iran on a blacklist that could reinforce sanctions hindering financial transactions.

Both Salahshouri and Motahari have criticized the regime’s arrest of protesters, with detentions continuing after the suppression of the demonstrations in mid-November.

The MPs specifically pointed to raids by the Revolutionary Guards and intelligence services, sweeping up Tehran University students.under

The complaints parallel those of opposition leaders Mir Hossein Mousavi and Mehdi Karroubi, both under strict house arrest since February 2011, calling for investigation and prosecution of those who killed protesters. Earlier this week prominent human rights lawyer Nasrin Sotoudeh, a political prisoner from 2010 to 2013 and since June 2018, put out a similar statement.

Salahshouri said on Monday that she will not stand in February’s Parliamentary election:

I could not convince my conscience to run again….[because of the] bodies that limit the powers of the parliament, ignoring people’s views and wishes, the inappropriate implementation of the approbatory supervision of Guardian Council, and the suppression of the November protests.