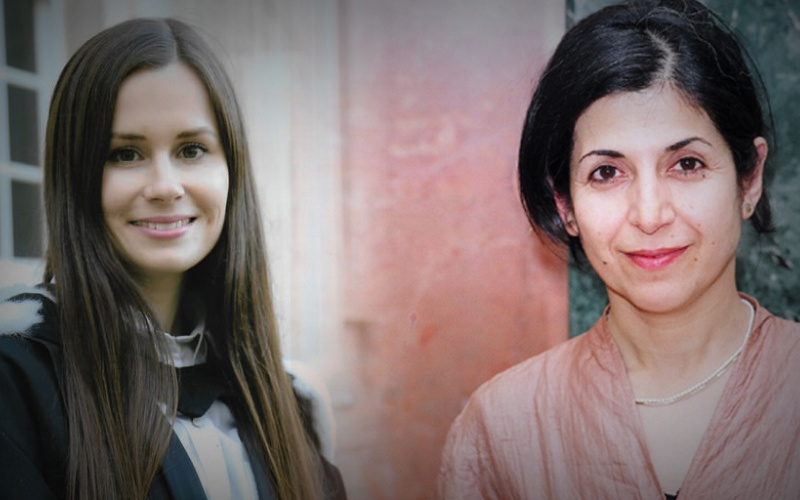 Australian and French academics Kylie Moore-Gilbert and Fariba Adelkhah, held as political prisoners in Iran, have gone on hunger strike.

The academics began their refusal of food in Tehran’s Evin Prison on Christmas Eve. They wrote in an open letter that they are striking for the freedom of all researchers and political prisoners “unjustly imprisoned on trumped-up charges”.

Moore-Gilbert and Adelkhah are held in Ward 2-A, controlled by the Revolutionary Guards and with restricted contact with any vistors. The academics have asked for transfer to the regular women’s ward.

Moore-Gilbert was seized in January 2019 as she was departing Iran after a research trip. Her detention was only made public in September. A lecturer at the University of Melbourne, she earned her doctorate at Cambridge University and has published widely on the Arab world, authoritarian governments, and the role of new media technologies in political activism.

Adelkhah, a native of Iran and faculty member at France’s Sciences Po, was detained in June. Her colleague Roland Marchal was also arrested.

“Hostage in a Diabolical Plot”

The Revolutionary Guards have imprisoned me in these terrible conditions for over 9 months in order to extort me both personally and my government. They have also attempted to use me as a hostage in a diabolical plot to lure my husband, an Australian permanent resident (and soon to be now citizen) into joining me in an Iranian prison. There is no hope for a fair trial. Indeed a guilty verdict has been predetermined in a legal system wholly controlled by the Revolutionary Guards. I came to Iran as an academic researcher and consider myself a political prisoner….

Please I beg of you to do whatever it takes to get me out. I know that you are a religious man, and I ask that until that much longed for day of freedom arrives, you remember me and my family in your prayers.

The Revolutionary Guards have carried out a series of detentions of foreign and dual nationals despite the 2015 nuclear deal with the 5+1 Powers (US, UK, France, Russia, China, and Germany). American historian Xiyue Wang was released in a prisoner swap three weeks ago, but there is no sign of freedom for others such as:

To our families, friends and supporters:

On this day 24th December 2019 we will commence a joint hunger strike in the name of academic freedom.

We will strike on behalf of all academics and researchers across Iran and the Middle East, who like us have been unjustly imprisoned on trumped up charges and simply doing their job as researchers.

To date, we have been in the custody of Iran’s Revolutionary Guards for an extremely long period, Kylie Moore-Gilbert for over 15 months, and Fariba Adelkhah for over 7 months. We have been subjected to psychological torture and numerous violations of our basic human rights.

We are striking not only to demand our immediate freedom, but to ask for justice for the countless, thousands, unnamed yet not forgotten men and women who have suffered the same fate as ours or worse, and have been imprisoned in Iran, having committed no crime.

This Christmas Eve, we ask you to join us for one day in foregoing food and water to express solidarity with us, while we will continue our strike beyond Christmas.

We hope we will be celebrating with you in more than spirit this time next year.

Thank you for your support.

It means the world to us and gives us the strength to keep fighting.