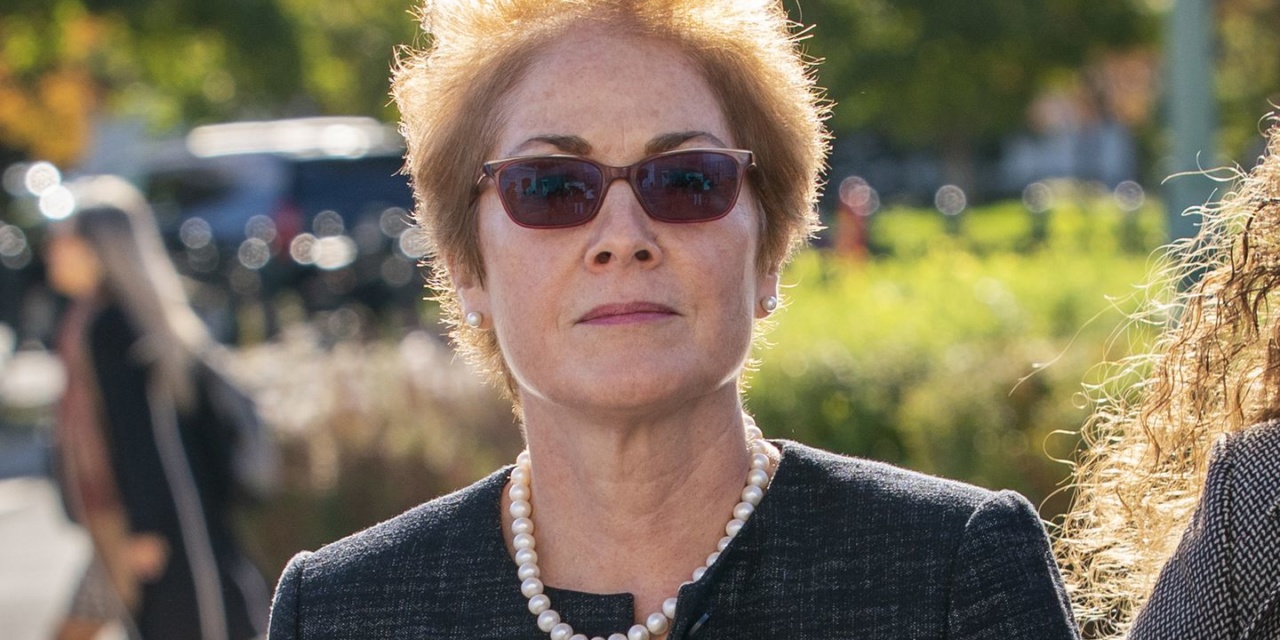 Marie Yovanovitch, the former US Ambassador to Ukraine

Transcripts of witness testimony to House committees document Donald Trump’s pressure on Ukraine for investigations of political rivals and to cover up Russia’s involvement in the 2016 US election — and threats to American diplomats by Trump and his personal attorney Rudy Giuliani.

The first two transcripts, from former US Ambassador to Ukraine Marie Yovanovitch and former State Department official Michael McKinley, were published on Monday. The hundreds of pages detail the Trump-Giuliani plan, since November 2018, for investigations to tarnish Presidential candidate Joe Biden and the Democratic Party.

Trump and Giuliani believed Yovanovitch, a career foreign service official, stood in the way of their efforts alongside Ukrainians such as former Prosecutor General Viktor Shokin and his successor Yuriy Lutsenko. So they tried to undermine the Ambassador by spreading false information, including to a reporter for The Hill site.

Trump ordered Yovanovitch’s recall in May, as new Ukrainian President Volodymyr Zelenskiy was inaugurated. Two months later, Trump’s call to Zelenskiy triggered a formal complaint, by the CIA liaison with the White House over Ukraine, and later the impeachment inquiry into Trump.

Yovanovitch told the House committees last month that she felt “threatened” by Trump, after he told Zelenskiy that she would “go through some things”. She said she was “shocked”: “I didn’t know what it meant. I was very concerned. I still am.”

The former Ambassador, who is still in diplomatic service, was asked if she thought there might be retaliation by the Trump camp: “I just simply don’t know what this could mean, but it does not leave me in a comfortable position.”

Yovanovitch said she learned from Ukrainian officials in late 2018 of Giuliani’s initiative. She set out the campaign “by people with clearly questionable motives”, including attempts by Giuliani and his associates — including now-indicted businessmen Lev Parnas and Igor Fruman — to work with former Prosecutor General Shokin to “do things, including to me”.

In the spring US Ambassador to the European Union Gordon Sondland — a political appointee and donor of $1 million to Trump’s inaugural committee — advised Yovanovitch that she could halt the campaign against her by tweeting effusive praise of Trump.

At one point, discussing the day she was told of her recall, Yovanovitch appeared to choke up and was given time to compose herself. But Republicans, who had equal time to question her, preferred to complain about the impeachment process rather than address the details of her case.

McKinley, an aide to Secretary of State Mike Pompeo, said he repeatedly tried to get his boss to defend Yovanovitch in a public statement. Pompeo refused.

The testimony undercut the Secretary of State, who said in a TV interview last month: “From the time that Ambassador Yovanovitch departed Ukraine until the time that he came to tell me that he was departing, I never heard him say a single thing about his concerns with respect to the decision that was made.”

Trump: “I Really Don’t Know Her”

House Intelligence Committee chair Rep. Adam Schiff said transcripts of last month’s interviews with former US envoy to Ukraine Volker and Sondland — both central figures in the Trump-Giuliani campaign — will be released on Tuesday.

The initiative blunted Trump’s latest attempt to derail the impeachment process, with the false allegation that Schiff would “change the words that were said to suit the Dems purposes”.

On Monday, Trump told reporters about Yovanovitch, “I really don’t know her. If you look at the transcripts, the President of Ukraine was not a fan of hers either.”

In the White House’s reconstructed transcript of the July 25 call, Trump tells Zelenskiy, “The former ambassador from the United States, the woman, was bad news and the people she was dealing with in the Ukraine were bad news.” Trump then asks for the investigation of Joe Biden and his son Hunter, a board member of the largest Ukrainian private gas company.

Zelenskiy, trying to get assurances of US military aid and a visit to the White House, responds, “It was great that you were the first one who told me that she was a bad ambassador because I agree with you 100%.”

Testimony from more than a dozen current and former US officials — including the US chargé d’affaires in Kiev, William Taylor — has established the “quid pro quo” between Trump’s suspension of $391 million in military aid to Ukraine and his demands for investigations.

As the White House continuing its efforts to block the inquiry, four witnesses failed to show up for interview with the House committees on Tuesday.

The National Security Council’s top lawyer, John Eisenberg, said through his lawyer that he will wait until a federal judge rules on whether questions must be answered.

Eisenberg was central in the handling of the Trump-Zelenskiy call, which sparked concern from staff such as Lt. Col. Alexander Vindman, the NSC’s top Ukraine expert who testified in late October. Then-National Security Advisor John Bolton asked Eisenberg for advice after a July 10 meeting — criticized by Bolton as a “drug deal” — in which Sondland told Ukrainian officials that Zelenskiy’s White House visit was dependent on investigations.

The federal judge is hearing the case of Bolton’s aide Charles Kupperman, who has declined to appear before the House committees. Bolton, pushed out of the Administration in September, has said he will give a deposition if the judge rules that Kupperman must testify.