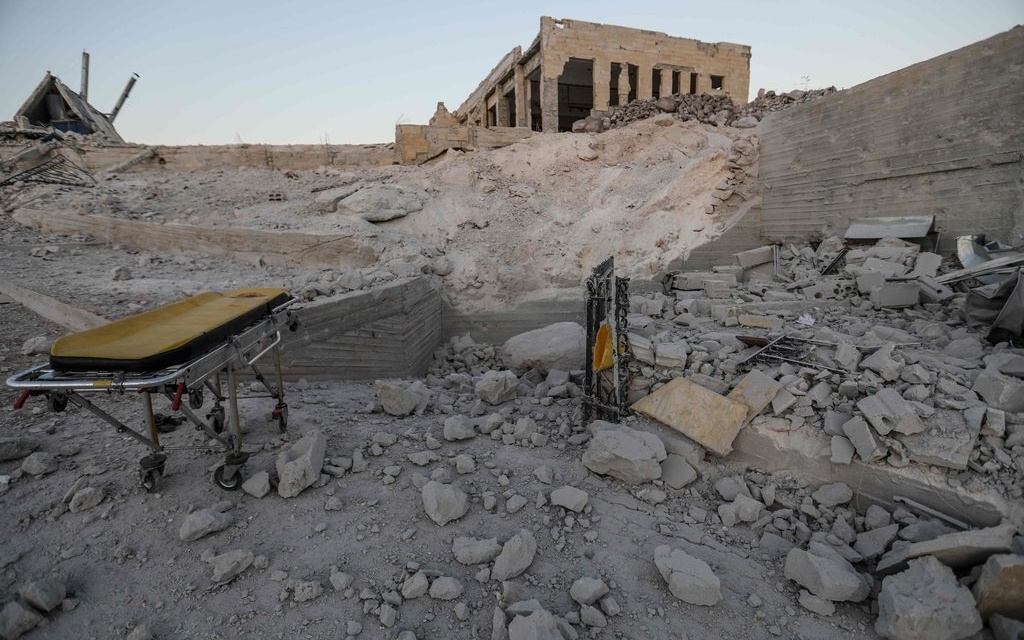 Last month The Times posted a detailed examination which established Russian attacks on four hospitals in opposition-held northwest Syria this offensive, amid a Russian-regime offensive which has killed more than 1,000 civilians, wounded thousands, and displaced more than 400,000 in Idlib and northern Hama Provinces.

Now the newspaper summarizes, “We Proved Russian Pilots Bombed a Hospital. Then They Did It Again.”

Video of the investigation sets out the latest Russian strike on Kafr Nabl Hospital in Idlib on November 6, amid renewed attacks that broke Russian President Vladimir Putin’s declaration in early September of a “pause” in attacks.

Sky News has conducted a four-month investigation into the Russian assaults on medical facilities, markets, schools, and other infrastructures such as those in Ma’arat al-Nu’man. The 10-minute video documents casualties, including from “double tap” attacks on rescuers and residents responding to initial strikes.

The Russian-regime offensive on Syria’s last major opposition area began in late April, shattering a “de-escalation zone” proclaimed by Moscow and Turkey. The strikes resumed two weeks ago and have killed at least 14 more civilians, including five children, and wounded.

Earlier this week the UN reported that 61 medical facilities — including Kafr Nabl Hospital — have been attacked, as well as almost 100 schools, markets, and mosques.