Iran Daily: Government Revenue from Oil Exports Falls By Up to 80% 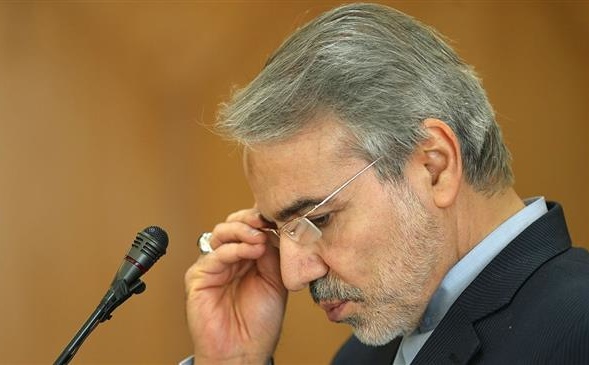 A top official in Iran has confirmed that the Government’s revenues from oil exports are falling by up to 80%.

Mohammad Baqer Nobakht (pictured), the head of the Planning and Budget Organization, said expected oil revenues in the 2020-2021 Iranian year are only $10 billion to $12 billion, compared with almost $50 billion assumed in recent budgets.

He said the revenues will cover only 7% of the $155 billion budget next year, falling from about one-third in past plans.

Amid comprehensive US sanctions, Iran’s official oil exports have declined between 80% and 95% from their April 2018 level of about 2.5 million barrels per day.

Tehran had hoped that sales to large customers such as China and India could be sustained, but the end to US sanctions waivers on those countries and others like Turkey, South Korea, and Japan have restricted exports.

Iranian officials have tried to cover the fall with proclamations of the sale of oil on the Tehran stock market and of “mysterious” transactions. But Oil Minister Bijan Zanganeh conceded last month that the sanctions were having a significant effect: “No one had expected that the United States would become the largest oil producer in the world. A country that was the largest importer.”

The falling Government revenue was one motive for the sudden order on November 15 raising petrol prices by 50% on the first 60 liters per person each month, and by up to 200% on purchases after that. The sudden announcement sparked protests in which at least 143 people have been killed, more than 1,000 arrested, and scores of banks and Government buildings burnt.

Nobakht tried to cover concerns by proclaiming that non-oil exports will reach $48 billion next year, and that the Government will provide more than $15.5 billion in subsidies, including cash handouts of $5.5 billion.

The Government is scheduled to present its budget to Parliament on December 6.
.