TrumpWatch, Day 1,011: How Trump Notified Russia, Rather Than Congress, of Raid on ISIS’s Baghdadi 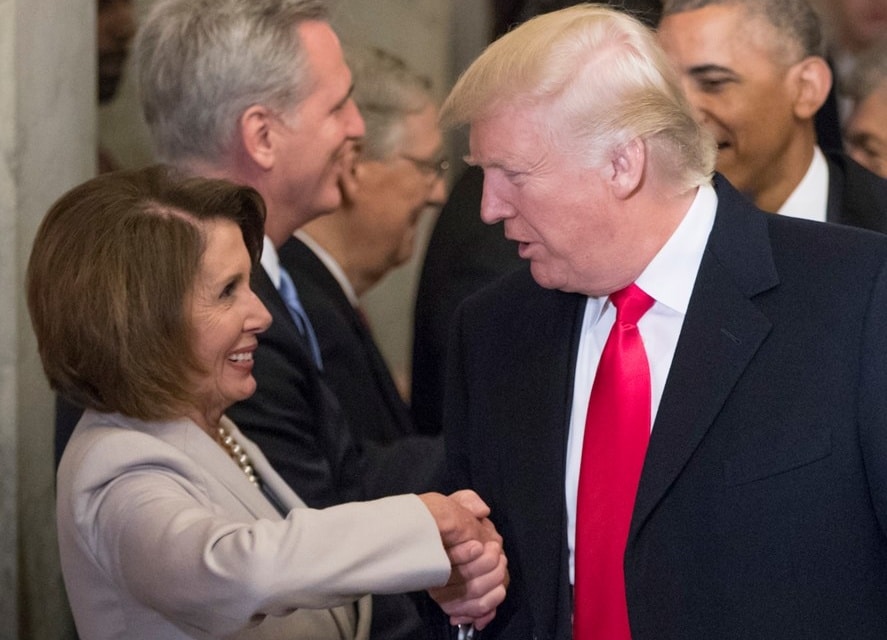 Pelosi issued the statement after Trump said in a press conference that he did not inform the House Speaker because he “wanted to make sure this was kept secret”. She said:

The House must be briefed on this raid, which the Russians but not top congressional leadership were notified of in advance, and on the administration’s overall strategy in the region. Our military and allies deserve strong, smart, and strategic leadership from Washington.

During his conference, Trump repeatedly praised Russia, including Moscow’s permission for US helicopters to fly across northern Syria. The Russians rejected the statement, denying any involvement and even questioning if Baghdadi had been slain.

But Trump’s embrace of Vladimir Putin fueled suspicions, in the context of Russia’s interference in the 2016 US election and Trump’s interactions as President with Moscow’s officials.

Earlier this month Pelosi asked Trump, during a White House meeting with Congressional leaders, “[Why do] all roads lead to Putin?” Trump called the House Speaker a “third-rate” or “third-grade” politician, leading to a quick end to the session.

Trump said that, before his conference, he had spoken with two Senate Republicans, Intelligence Committee chair Richard Burr and Judiciary Committee chair and close Trump friend Lindsey Graham. He called Burr “a great gentleman” and Graham “a very strong hawk” who “agrees with what we’re doing now”.

Trump gave no evidence for his assertion that legislators would have leaked the information about the military operations. Last weekend, Pelosi did not disclose that she led a Congressional delegation to Afghanistan and Jordan until the group had returned to the US.

House Intelligence Committee chair Adam Schiff, another member of the “Gang of Eight” — the House Speaker and Minority Leader, the Senate Majority and Minority Leaders, and the chairs and ranking members of the House and Senate Intelligence Committees — said notification of representatives are “frankly, more important when things go wrong” so the White House can say Congress was made aware of the risks and given the opportunity to provide feedback.

Mike Rogers, the Republican chair of the House Intelligence Committee, said in 2011 that the Obama Administration kept him informed for months about the plans to raid the compound of Al Qa’eda leader Osama bin Laden.