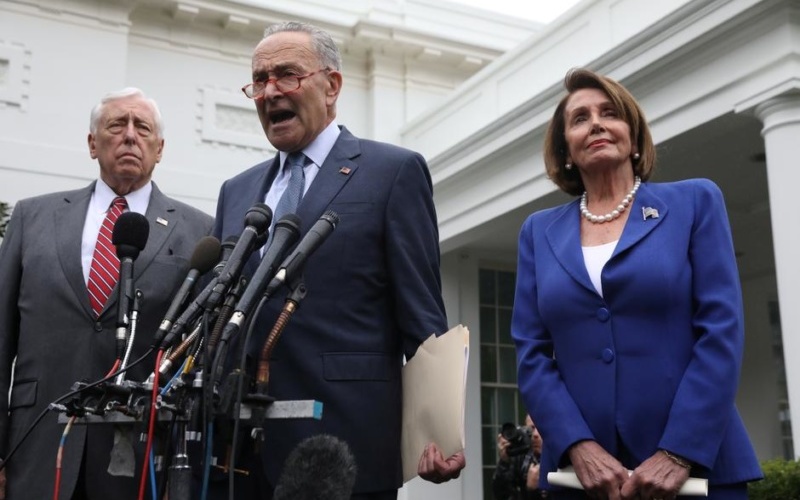 Donald Trump marks his 1,000th day in office by having a “meltdown” in a meeting with senior members of Congress.

Trump raged that House Speaker Nancy Pelosi is a “third-rate” or “third-grade” politician, leading to a breakdown of the encounter after only 20 minutes

The legislators from both parties requested the 20-minute White House session to brief Trump on a Congressional resolution criticizing his acceptance of a Turkish offensive into northeast Syria, attacking positions of Kurdish groups who had been supported by the US in the fight against the Islamic State.

Trump set the tone with his far-from-welcoming welcome, “They said you wanted this meeting. I didn’t want this meeting, but I’m doing it.”

He then tried to pre-empt the legislators with a speech about a “nasty” letter that he sent to Turkish President Recep Tayyip Erdoğan on October 9, the day of the offensive’s launch, threatening Erdoğan and Ankara’s economy: “Don’t be a tough guy! Don’t be a fool!”

Trump directed House Minority Leader Rep. Kevin McCarthy to hand out copies of the letter. But it failed to deflect bipartisan concerns about Trump’s abandonment of Kurdish allies, with whom the US military had worked since October 2015 to remove the Islamic State from northeast Syria.