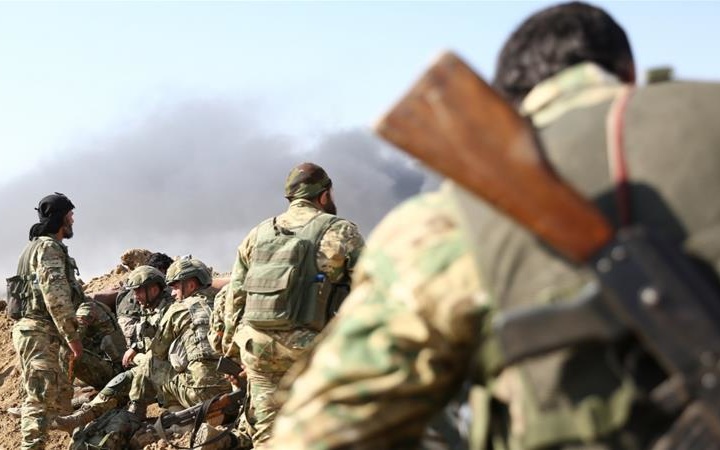 Kurdish news agency ANHA says two journalists were killed by a Turkish airstrike on a civilian convoy moving from the Syrian town of Tel Tamer towards the Turkish border.

The site said 11 people were killed and 74 wounded, including another ANHA correspondent Mehmet Akinci.

ORIGINAL ENTRY: In a major shift in the 103-month conflict in Syria, Assad regime forces will deploy in Kurdish-controlled areas of the north of the country.

The agreement, made as Kurdish positions are being attacked by Turkey and Syrian rebels, could bring a direct conflict between Ankara and Damascus for the first time.

And the development could pit Turkey’s Erdoğan Government against Russia, which props up the regime but has been cooperating with Ankara since August 2016.

The Kurdish-led administration in northeast Syria said Sunday that it had accepted the regime deployment, after the Trump Administration ordered the withdrawal of US forces — which had been alongside the Kurdish-led Syrian Democratic Forces — on Sunday.

The Turkey-rebel offensive was launched last Wednesday to take a 480-km (270-mile) long and 30-km deep area along the Syrian-Turkish, extending east from the Euphrates River to Iraq and crossing the Kurdish cantons of Kobani and Cezire.

“In order to prevent and confront this aggression, an agreement has been reached with the Syrian Government…so that the Syrian army can deploy along the Syrian-Turkish border to assist the Syrian Democratic Forces (SDF),” the Kurdish regional government said in a statement.

The administration also said the step would enable the “liberation” of the Kurdish canton of Afrin in northwest Syria.

The Turkish-rebel alliance captured much of Afrin in early 2018, separating its from the Kobani and Cezire cantons in north and northeast Syria.

Syrian State news agency SANA said Monday that regime troops had entered much of Raqqa Province, including the city of Raqqa — captured from the Islamic State by the US-supported SDF in October 2017 — and the al-Tabqa military airport. SANA also troops moved into northwest Hasakah Province “to face the Turkish aggression” and raised the regime flag over buildings such as schools in the cities of Hasakah and Qamishli.

The site indicated that regime forces were shelling Turkish-rebel positions in parts of Hasakah such as the town of al-Darbasiyah and the village of al-Qurmania.

Kurdish official Aldar Xelil said on Monday afternoon that regime forces will remain away from the frontline between the Turkish-rebel force and the Kurdish-led Syrian Democratic Forces. 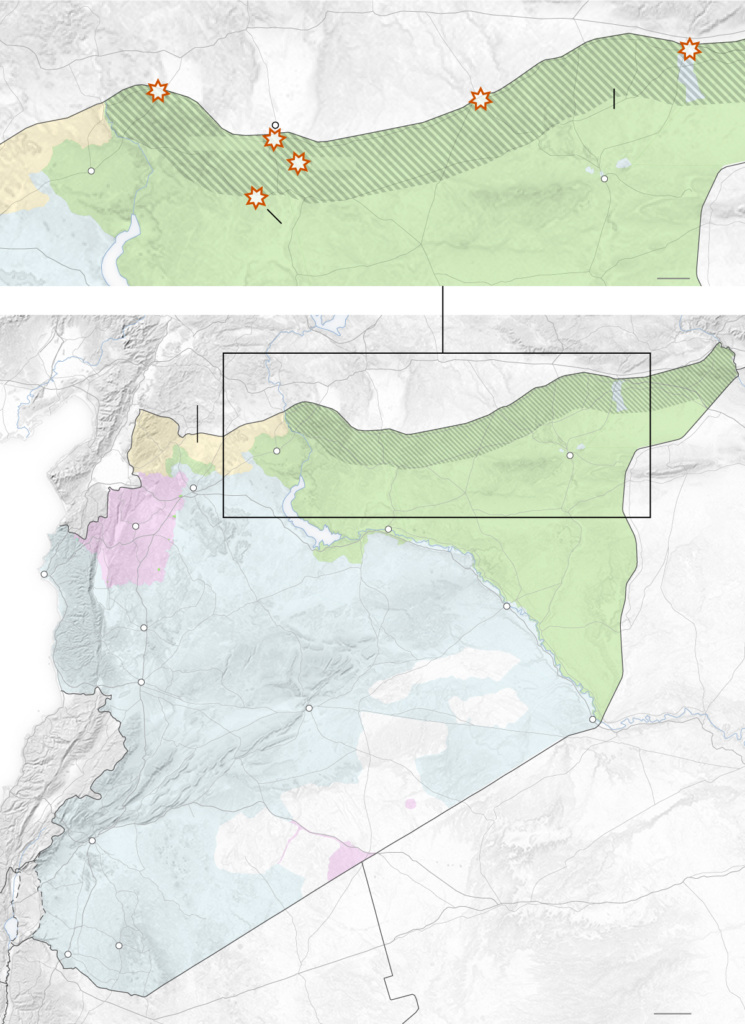 Erdoğan: “We Won’t Have Any Problems”

Daily Sabah, close to the Erdoğan Government, noted the Assad regime announcement that troops had entered the town of Tal Tamr, on the east-west M4 highway, after agreement with the “terrorists” of the Kurdish militia YPG.

Tal Tamr is 35 km (22 miles) southeast of the Turkish border town of Ceylanpınar, the staging point for Ankara’s offensive.

Turkish-rebel forces took part of the M4 on Sunday.

President Erdoğan did not speak directly about the Kurdish-regime agreement, but claimed that Turkey would easily take cities such as Kobani and Manbij from the SDF, since it would not be challenged by Moscow.

“It looks like Turkey’s operation won’t have any problems in Syria’s Ayn al-Arab [Kobani] as Russia also showed a positive approach,” Erdoğan told reporters ahead of a trip to Azerbaijan. “As for Manbij, we are currently in the process of implementing our decision [to occupy the city].”

Kurdish groups held out for months in Kobani, taking thousands of casualties, in 2014-2015 against the Islamic State.

With US backing, the SDF captured Manbij in August 2016 from ISIS. Located in eastern Aleppo Province the city has effectively been the western-most Kurdish-controlled city since the fall of Afrin to the Turkish-rebel alliance.

The Kremlin was silent on Monday. Russian State English-language media noted the US withdrawal and Turkish-rebel advance.

However, State outlet RT implicitly said that “pressure is mounting on Turkey” with the Kurdish-regime agreement, using words from US-based academic Joshua Landis: “The Syrian government is going to try to go across and get the oilfields, the gas fields that are so crucial for Syria’s economic well-being.”

Russian President Vladimir Putin, who reconciled with Erdoğan over Syrian operations in August 2016, said on Saturday that foreign military forces “present illegally” inside Syria should leave.