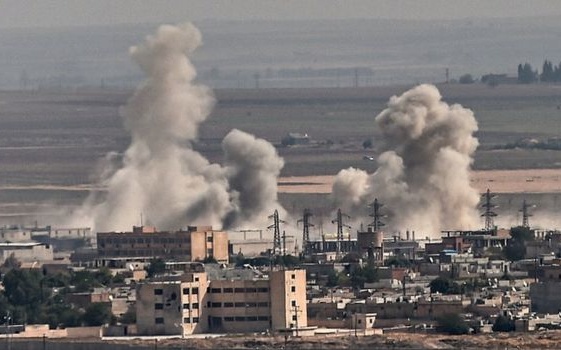 US Defense Secretary Mark Esper said in a televised interview on Sunday morning that the 1,000 American troops will withdraw from northern Syria.

Esper told CBS News that the US was “likely caught between two opposing advancing armies” — Turkey and the Russian- and Iranian-backed Assad regime in a “very terrible situation”.

He said the US learned that Turkey is likely to expand its incursion “farther south than originally planned and to the west”, presumably a reference to operations outside the “safe zone” initially declared by Turkish President Recep Tayyip Erdoğan.

The Defense Secretary said the decision was made on Saturday night in a meeting with Donald Trump and national security advisors.

Trump ordered the withdrawal of the US troops last December, after a call with Erdoğan. However, the Pentagon pushed back to retain about 1,000 American soldiers — half alongside the Kurdish-led Syrian Democratic Forces and half at a base in Tanf in eastern Syria on the Iraq border.

Esper said Sunday, “We didn’t sign up to fight the Turks on [the Kurds’] behalf. And we’ve been very clear with them about that.”

Kurdish officials claim about 700 Islamic State fighters and family members escaped from a detention camp after nearby Turkish airstrikes.

A member of the Kurdish-led regional authority, Ciya Kurd, said that the ISIS flag had been raised between the camp in the town of Ain Issa and the Turkish border 20 miles to the north.

“We are facing very fierce attacks and we’re forced to decrease numbers of guards,” he declared.

US officials said American troops are withdrawing from Ain Issa in the face of the 5-day Turkish offensive.

The town was on the major supply line for the 1,000 US troops in Syria.