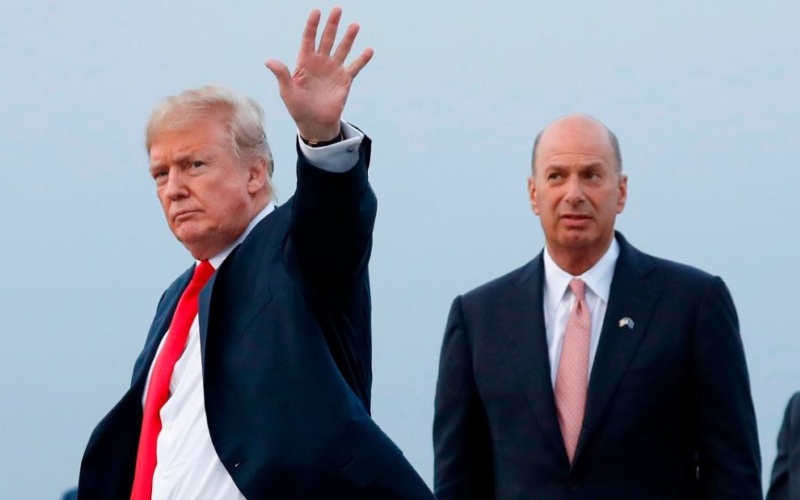 Ambassador Gordon Sondland, testifying to House investigators this week, will blow up a key part of Donald Trump’s defense of his campaign for a Ukrainian investigation of Presidential candidate Joe Biden and the Democratic Party.

Sondland, the Ambassdor to the European Union, was central in the effort of Trump and his personal attorney Rudy Giuliani. He and US envoy to Ukraine Kurt Volker arranged meetings between Giuliani and high-ranking Ukrainian officials, and they drafted a statement — never delivered — for President Volodymyr Zelenskiy to announce the investigations.

In early September, as news broke of Trump’s July 25 call to Zelenskiy, Sondland tried to cover for Trump. When other diplomats — including the US chargé d’affaires William Taylor — criticized a link between Trump’s demand for investigations and his suspension of almost $400 million of military aid to Ukraine, Sondland texted that there was no relationship.

“I think it’s crazy to withhold security assistance for help with a political campaign,” wrote Taylor. Sondland replied that there were “no quid pro quos of any kind”.

But “a person familiar with his testimony” said Sondland will not only defy State Department pressure and speak with House committees, but will also tell them that Trump directed him to make the denial.

An “individual with knowledge” said Sondland called Trump before replying to the US chargé d’affaires: “[He] didn’t doubt the president — or he wouldn’t have reassured Taylor.”

The person familiar with Sondland’s testimony said he will say he has no knowledge of whether Trump was lying; however, “it’s only true that the President said it, not that it was the truth”.

A wealthy hotelier, Sondland was appointed as US Ambassador to the EU in 2018. He donated $1 million to Trump’s inaugural committee.

He had planned to appear last week before investigators but the State Department blocked the testimony 90 minutes before the meeting. House Democrats then issued a subpoena for testimony and documents.