Syria Daily: Kurds-Led SDF — We Have Withdrawn from Border Town of Ras al-Ain 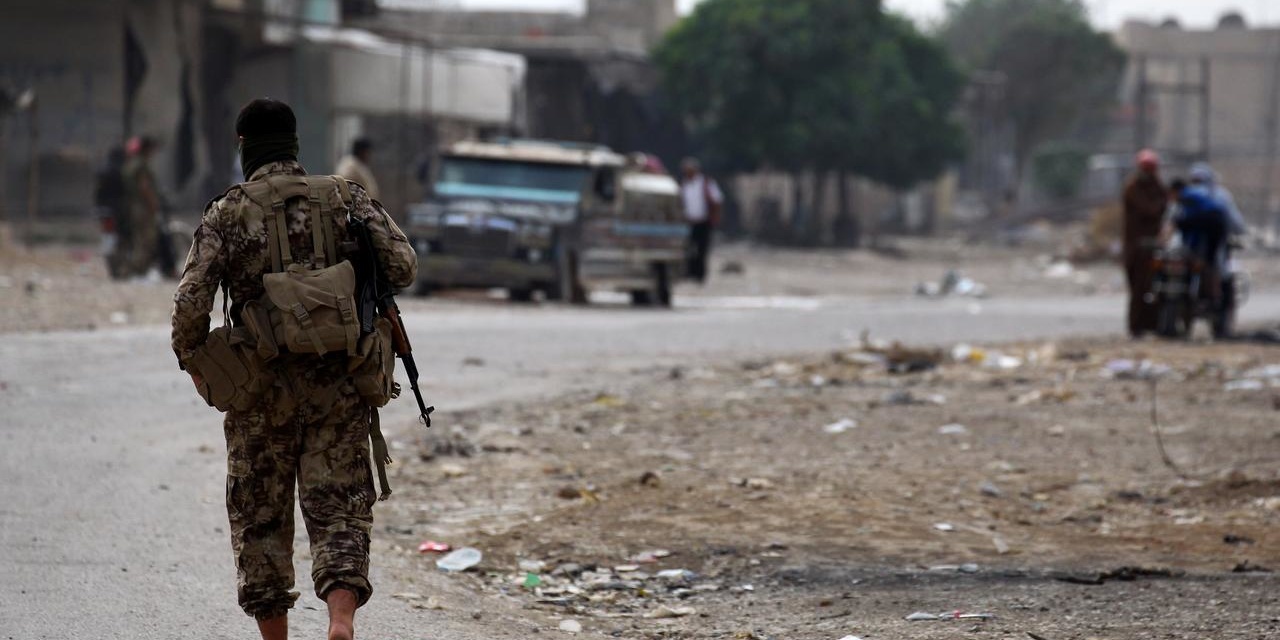 The Kurdish-led Syrian Democratic Forces says they have left the border town of Ras al-Ain, the first withdrawal in northeast Syria amid a Turkish-rebel offensive that began October 9.

SDF spokesman Kino Gabriel said all troops pulled out on Sunday: “We don’t have any more fighters in the city.”

SDF commander Mazloum Kabani said, “It has been evacuated. There is no one left. It’s over.”

The Turkish Defense Ministry said an SDF convoy of almost 90 vehicles withdrew towards Tal Tamr, 40 kilometres (25 miles) south. But Syrian rebels claimed Kurdish fighters were still in about 30% of Ras al-Ain, known as Serekaniye by Kurds.

Ras al-Ain and Tel Abyad, to the west, have been under pressure since the offensive began and US forces withdrew on the orders of the Trump Administration.

The US created the SDF in October 2015 to remove the Islamic State from northeast Syria. But Turkey considers the Kurdish militia YPG, the leading element in the SDF, to be part of the Turkish Kurdish insurgency PKK. Ankara has demanded that the “terrorists” leave an area 480 km (270 miles) long and 30 km (19 miles) deep along the Turkish-Syrian border.

Last Thursday, Turkey issued an ultimatum to the YPG and the Syrian Kurdish Democratic Union Party (PYD) to withdraw and give up heavy weapons, via an agreement with the US for a five-day pause in military operations.

Turkish President Recep Tayyip Erdoğan maintained the pressure on Washington on Sunday, saying the US must ensure the YPG withdrawal: “We expect our American allies to keep their promises this time.”

Erdoğan claimed “terrorists” have been killed, wounded, or captured and 1,500 square km have been “rescued”.

SDF Appeals for US Help As Trump Rambles

In an interview with The New York Times, SDF commander Kobani appealed to the US to renew its support of the Forces:

There will be ethnic cleansing of the Kurdish people from Syria, and the American administration will be responsible for it….

America needs to work to rebuild the trust with its ally against ISIS….[It needs] to limit the damage of this past decision and preserve the areas we liberated together.

But there was no sign of assistance from Donald Trump, who rambled on Twitter as he called Defense Secretary Mark Esper “Mark Esperanto”: 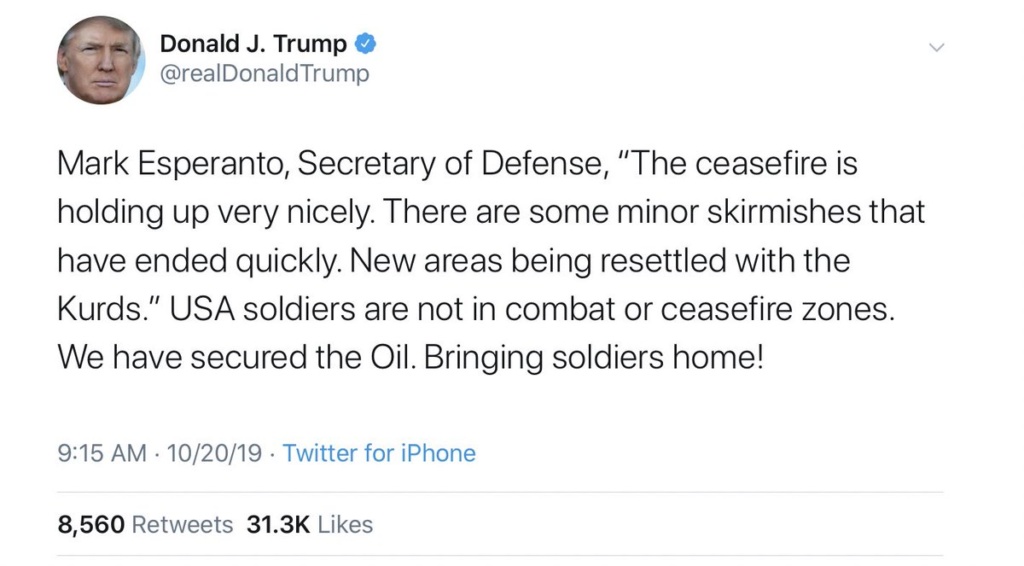 Trump — or his staff — later deleted the tweet to correct Esper’s name. Perhaps significantly, the reference to US troops “coming home” was also removed.

Esper said Sunday that the American personnel in Syria will not come back to the US, but will redeploy in western Iraq as the Pentagon continues effort to maintain a presence in the Middle East and check Iranian influence.