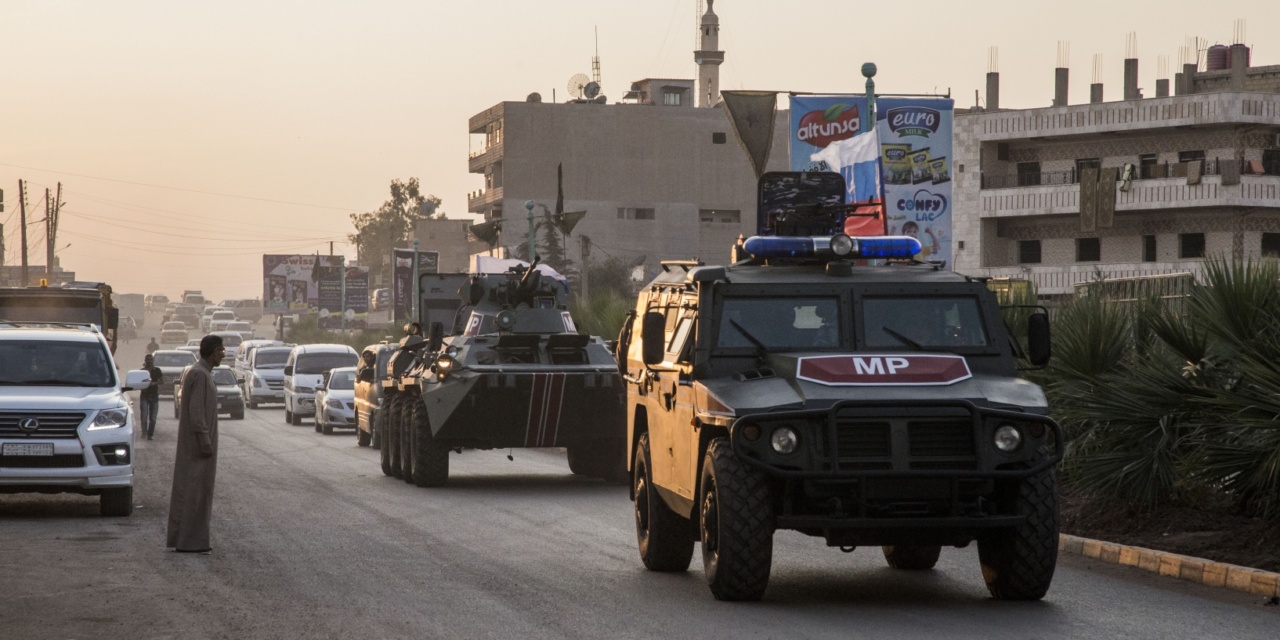 The Kurdish-led Syrian Democratic Forces say Turkey has resumed attacks in northeast Syria, but Russia — allied with Ankara in a deal for control of the area — has denied any resumption of military operations.

The SDF, headed by the Kurdish militia YPG and formerly supported by the US, declared in a Thursday statement that Turkish troops and Syrian rebels had attacked three villages, forcing thousands of civilians to flee their homes:

It called on the US to intervene to check the Turkish-rebel offensive, which began on October 9.

Turkish President Recep Tayyip Erdoğan and Russian leader Vladimir Putin agreed on Tuesday, at a summit in southern Russia, to joint military oversight of an area alongside the Turkish-Syrian border, across the Kurdish cantons of Kobani and Cezire.

The Ankara-declared “safe zone”, 480 km (270 miles) long and 30 km (19 miles) deep, extends east across the Euphrates River to Iraq. Erdoğan has said up to 2 million of 3.6 million Syrian refugees in Turkey will be resettled in the territory.

Russia said on Thursday that it is sending more military police and heavy equipment for oversight of the area, including a new 60 km (37 mile) route on the border

Russian State media, claiming information from an SDF official, said Kurdish militia have pulled back 32 km (20 miles) from the border.

But SDF commander Mazloum Kobani maintained resistance, “We did not agree with Turkey, rather, there is only ceasefire, and the Turkish-backed mercenaries violate it.”

Kobani, who is lobbying US agencies for support, countered Trump’s acceptance of the Turkish position: “The American presence will be effective in finding a political solution and President Trump has confirmed that.”

Ankara hit back, criticizing US legislators for regarding Kobani as a “legitimate political figure”. Turkish officials insisted that the commander is a senior leader of the PKK.

Ankara views the Syrian Kurdistan Democratic Union Party (PYD) and its YPG militia as linked to the Turkish Kurdish insurgency PKK. But the YPG had been effectively allied with the US through the SDF, created in October 15 to remove the Islamic State from northeast Syria.

Donald Trump broke that link on October 6 when, during a call with Erdoğan, he accepted the Turkish-rebel offensive and ordered the withdrawal of the 1,000 US troops in northern and eastern Syria.

US agencies have tried to limit the decision — on Thursday, the Pentagon said more troops would be sent to protect Kurdish-controlled oilfields — but Trump declared his acceptance of the Turkish-Russian deal on Wednesday, lifting sanctions on Ankara over its attacks on Kurdish areas.

The UN envoy for Syria, Geir Pedersen, told Reuters that the pause in Turkish-rebel operations seemed to be holding “by and large”.

But, in a new sign of tension, the Assad regime’s UN Ambassador Bashar Ja’afari, denounced Turkey’s operations: “[We] vehemently reject attempts by the Turkish regime to justify its actions under the pretext of self-defense or countering terrorism.”

The regime has declared that it will regain “every inch” of Syria. However, it failed to reach agreement with Kurdish groups, who seek autonomy, in talks brokered by Russia earlier this year.