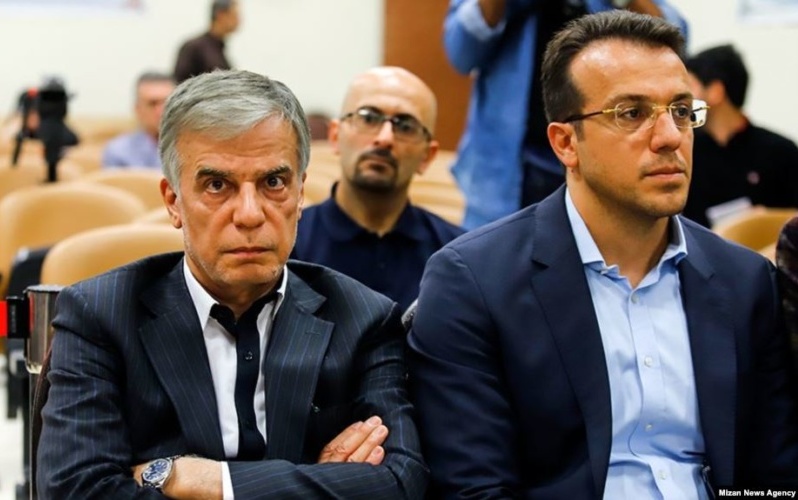 Abbas Iravani, the main shareholder of Ezam Automotive Parts, has been charged with “corruption on Earth” for “disrupting the Islamic Republic economy”, “forming a gang for smuggling auto parts”, and “paying bribes” to customs officers.

Iravani was a close friend of the late Hashemi Rafsanjani, Iran’s President from 1989 to 1997. He has links with other Iranian politicians and is a major benefactor to religious causes and organizer of religious events.

Court proceedings opened on Wednesday against Iravani, two of his managers, and four customs officers. Prosecutors claimed that they smuggled components to evade import charges:

Assisted by his network, Iravani managed to professionally and systematically smuggle $764 million of auto parts.

Iravani, one of the most influential figures in Iran’s economic sector, has more than 30 trillion rials (about $714 million at the official exchange rate) overdue debt to different banks.

The businessman is also accused of illegally taking 40 trillion rials (about $950 million) from the national treasury and paying more than four trillion rials ($95 million) in bribes over the past decade.

Among those bribed, according to the prosecution, was the former chairman of Bank Melli, Mahmoud Reza Khavari. He was accused in 2011 of embezzling more than $700 million and fled to Canada.

Ezam Automotive Parts Group, established in 1993, has 12 large manufacturing companies. It provides components for Iran’s largest vehicle manufacturers, Khodro — which is linked with France’s Peugeot and Citroën — and SAIPA.

Iran has been mired in a series of corruption cases for more than a decade. Several top politicians in the Ahmadinejad Administration, from 2005 to 2013, have been imprisoned. They include 1st Vice President Mohammad Reza Rahimi, serving a five-year sentence, and Vice President Hamid Baghaei, handed a 63-year term in December 2017. Tycoon Babak Zanjani, a key ally of President Mohammad Ahmadinejad, faces execution after conviction of embezzling $2.7 billion of State funds.

Amid in-fighting between hardliners and centrists, members of the Rouhani Government are now under pressure. Earlier this week, an appeals court confirmed a five-year sentence for President Hassan Rouhani’s brother and former senior advisor Hossein Fereydoun.