Iran Daily: Supreme Leader — US “Spies” Behind Protests in Iraq and Lebanon 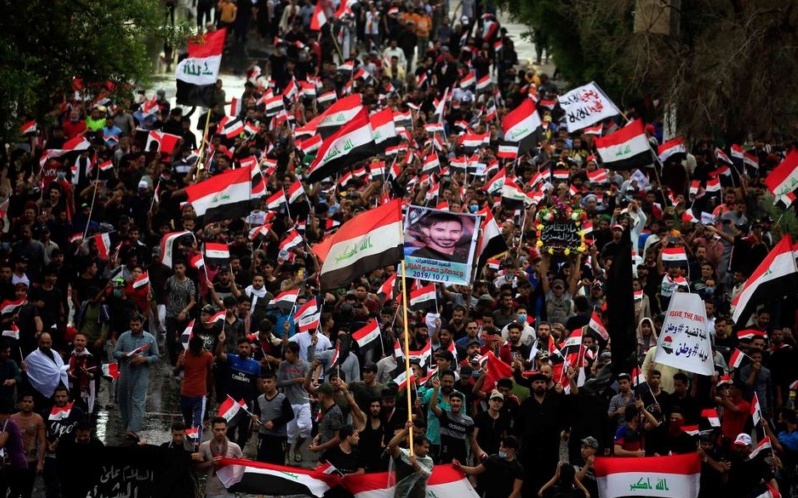 Unsettled by mass protests in Iraq and Lebanon, Iran’s Supreme Leader has escalated Tehran’s insistence that US and Western “spy services” are behind the demonstrations.

Speaking at a graduation of air force cadets on Wednesday, Ayatollah Khamenei added that the rallies are “funded by certain reactionary countries of the region”, a reference to Saudi Arabia.

Protests over unemployment and corruption resurged throughout Iraq earlier this month, including in the capital Baghdad and other cities. More than 250 people have been killed, including at least 18 in the holy city of Karbala on Tuesday.

The marches have expanded their concerns into demands for the replacement of the Government, a new Constitution, and fundamental changes to the electoral system. Protesters have also chanted against Iranian influence in Iraq, including Tehran’s support of Shia militias who have been accused of firing on the demonstrations.

In Lebanon, the demonstrations are challenging a coalition government including Iran’s ally Hezbollah. Prime Minister Saad Hariri resigned on Tuesday.

Khamenei insisted that the elements instigating “dangerous hostilities” are known. He said protests can occur, but must be in accordance with a “legal structure”.

He did not refer to Iran’s alleged central position in the Iraqi security forces responding to the protests.

In an implicit reference to the Iranian regime’s suppression of mass demonstrations after the disputed 2009 Presidential election, Soleimani said, “We in Iran know how to deal with protests. This happened in Iran and we got it under control.”

On Tuesday the editor of a hardline newspaper overseen by the Supreme Leader’s office, repeated his call for the seizure of the US Embassy in Iraq.

Hossein Shariatmadari echoed Khamenei’s allegation that mass protests challenging the Iraqi Government “are being managed by the embassies of America and Saudi Arabia”.